The question of whether to import or produce oil has been a constant in the United States. 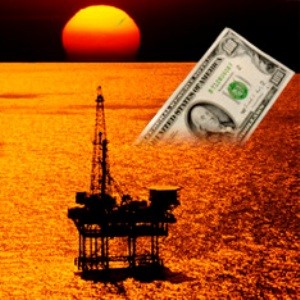 The question of whether to import or produce oil has been a constant in the United States.
Individuals who make these decisions must weigh environmental, economic, professional, and other factors to determine whether purchasing or developing oil is the best option. Bloomberg reports that, currently, increasing domestic oil production could create desperately needed jobs and improve the economy as a whole. Leland Energy, an oil and natural gas developer, believes that increasing domestic oil production efforts is a great way to alleviate unemployment and boost local economies.
According to the article, Pacific Investment Management Co. has determined that, in the next three to five years, the U.S. economy has the potential to grow if the housing market improves and the country's dependence on imported energy resources is reduced. Leland Energy is confident that the necessary changes within the oil industry are possible.
"In the United States, we burn and use close to 20 million barrels of oil per day," states Stephen M. Thompson, President, and CEO of Leland Energy, "and approximately 50 percent of it is imported. It stands to reason that, if we are going to use that much of any commodity, we should, to the best of our ability, offset that by creating the jobs, and subsequent incomes, that it takes to generate and produce that product. If we look at housing as a great job supplier, we can easily look at our natural energy development activity as a huge job creator as well. Every well that gets drilled takes not only people working on the rig itself, but truck drivers, laborers, and a number of support personnel. And when wells are drilled and completed they create jobs for the life of the wells, which can last 15, 20, even 25 years, and revolve around maintenance and upkeep. In doing so, you take dollars that are currently paying someone overseas and put those dollars directly back into circulation in the local economy." Leland Energy hopes to see a reduction in U.S. dependence on imported oil, as the company firmly believes that an increase in domestic oil production will create jobs and improve the economy. The data behind the previously cited article supports this claim.
ABOUT: Leland Energy has acted as a premier organization within the domestic oil and natural gas industries for over 35 years. The company focuses on the ownership, development, and sale of energy-related resources across the United States.

Additionally, Leland Energy is dedicated to assisting the U.S. in moving away from foreign oil dependence. Leland Energy has also devoted resources to the research and development of processes meant to expand the implementation of natural gas to meet economic and environmental needs.