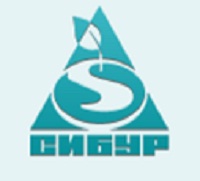 According to Fitch, the IDR change reflects fundamental improvements in the Group’s operational profile, profitability and cash flow generation capacity on the back of the investments realised over the past few years. The upgrade also reflects the Group’s strong credit metrics and financial flexibility post takeover, as well as Fitch’s opinion that the new shareholders have endorsed and will support SIBUR’s strategy and conservative financial policies.

“The rating upgrade emphasises our solid operational performance and financial strength. Thanks to our disciplined approach to CapEx we maintained a strong financial position with year-end net debt to EBITDA ratio at 0.78x, while implementing an extensive multi-year investment program to support steady growth in the years to come. The near-term launch of our new large-scale production facilities is expected to bring SIBUR to new levels of success”, commented Dmitry Konov, CEO of SIBUR.

Fitch says the Group commands operating margins above peers’ average and has demonstrated resilience through the cycle. This is underpinned by its competitive cost position. SIBUR is uniquely positioned to access liquid hydrocarbon feedstock and low-cost associated petroleum gas in Western Siberia. Long-term supply contracts with key suppliers and ongoing investments towards the pipeline infrastructure are expected to further enhance these benefits.

The ratings also incorporate the disposal of the Group’s lower margin tyre and fertiliser businesses in late 2011 that in couple with the improving vertical integration should help offset the rising cost inflation in Russia and support EBITDA margins.

Fitch expects that the launch of Tobolsk-Polymer, the Group’s 500 ktpa polypropylene complex, in Q1 2013 to have a positive effect on the Company’s performance. Fitch also noted that once completed, the project will establish a positive track record for SIBUR’s future expansion plans.