The term “oil sands” typically evokes images of the huge bitumen projects in Alberta, Canada, but a new project in Utah plans to put US oil sands on the map. 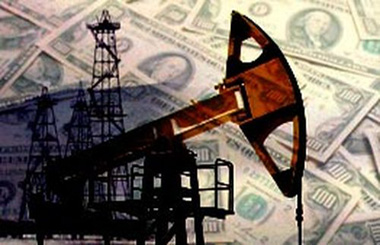 The term “oil sands” typically evokes images of the huge bitumen projects in Alberta, Canada, but a new project in Utah plans to put US oil sands on the map.   The PR Springs bitumen mine in the Uinta basin is the first oil sands project in the United States.
However, the formation contains source rock that is compositionally different than that of the Canadian operations. Unlike Alberta’s “water wet” oil sands, the sands of the Uinta Basin are “oil wet,” so the steam processes used to separate bitumen from the sand in Canada does not work. Project operator US Oil Sands said it has developed a citrus-based “bio-solvent” called d-limonene that separates the bitumen from the oily sands.
The IHS Unconventional Energy Blog provided a bullish look at US Oil Sands, after the company recently conducted a 6,000-acre survey that reflects an estimated 190 million bbl of oil. The company said the acreage is relatively close to existing infrastructure. Refining costs would be reduced and higher prices warranted because the basin’s produced oil will be lighter and sweeter than that of Canadian oil sands crude, the company said.
The project remains on schedule, with a targeted commercial production startup late next year.
The Uinta basin is a section of the Colorado Plateaus province with several deposits of various sizes of heavy or crude oil, to include Sunnyside, PR Spring, Asphalt Ridge, Hill Creek, Circle Ridge, Circle Cliffs, White Rocks, and the Tar Sand Triangle, which is the largest deposit.
Tar Sand Triangle is in southeast Utah and consists of 600 km² between the Dirty Devil and Colorado rivers in Wayne and Garfield counties. It is the largest known deposit of oil sands in the United States, containing about 6.3 billion bbl of heavy oil.
The US Department of Energy estimates total US oil sands resources at 60 billion–80 billion bbl, with other significant deposits in California, Texas, Alabama, and Kentucky.
Among other activity in the region, Canada’s Crescent Point Energy said last week that it plans to buy Ute Energy Upstream Holdings for USD 784 million, acquiring Ute’s oil production in the Uinta Basin. The acquisition is expected to close at the end of this month. The purchase will add to Crescent’s oil and gas production by 7,800 BOED and proved plus probable reserves of 55.1 million BOE.

108
LUKOIL completes reserves estimate as of the end of 2019