Forty years ago, in 1972, work began on what many people regard as the first Shell Scenarios document, published the following year, though the roots of this work lie even further in the past. Since then, scenario planning has been at the heart of Shell’s business, developing senior leadership understanding of critical factors in the business environment and the possible directions which economic, geopolitical and social systems could take, decades into the future. 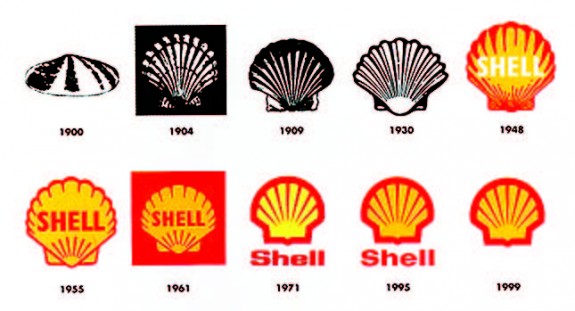 Forty years ago, in 1972, work began on what many people regard as the first Shell Scenarios document, published the following year, though the roots of this work lie even further in the past. Since then, scenario planning has been at the heart of Shell’s business, developing senior leadership understanding of critical factors in the business environment and the possible directions which economic, geopolitical and social systems could take, decades into the future.

In the last four decades, Shell Scenario planners have highlighted many key world trends and discontinuities, ensuring that Shell as a business has been able to plan for several eventualities and maintain business continuity through even the most turbulent times. For example, the original Scenarios helped Shell’s leaders to prepare for the possibility of an oil price shock – a prescient move given the Yom Kippur war, which broke out in October 1973.

Jeremy Bentham, Shell’s Vice President, Global Business Environment, said: “Ever since our Scenarios programme began forty years ago, we have been creating and applying many different scenarios to anticipate global and local economic, social and political changes and how they could affect our business.

“Looking to the future, our scenario planners are now developing a new angle to their work, which recognises the even more complex nature of the modern world. It will provide clarity and insights by zooming in on specific details, then zooming out to give a broader perspective.”

The next iteration of the Shell Scenarios, to be published in early 2013, will focus on areas that are fundamental to the development of energy and environmental systems in the 21st century. These include the connection between energy, water and food systems and the impact of growing global urbanisation.

To mark this major anniversary, we are publishing ‘40 Years of Shell Scenarios’, a reminder of our Scenarios work over many years with illustrations of how scenario planning has had a positive impact on the world in a variety of areas.

Speaking ahead of a panel discussion to coincide with the booklet’s launch today, Simon Henry, Shell’s Chief Financial Officer, said: “Shell has a long and distinguished history of scenario planning, and the intelligence and innovation that our Scenarios teams have contributed over many decades has proved hugely beneficial to our business. By providing unique insights and detailed analysis into the ever-changing global landscape, and projecting forward possible outcomes, the Scenarios team helps Shell’s senior leadership make better informed decisions about our current and future operations.”

The Shell Scenarios methodology has been adapted by many different organisations and individuals worldwide to help them in their work.

Adam Kahane, Associate Fellow at the Saïd Business School, Oxford University said: “The Shell methodology has been one of the main building blocks for the ‘transformative scenario planning’ work that my colleagues and I have been engaged in for the past twenty years. The spirit of Shell’s scenario practice – logical and rigorous, creative and open – has guided us throughout.”

Philip Bobbit, Herbert Wechsler Professor of Jurisprudence at Columbia University and Director of Columbia Law School’s Center on National Security, said: “One thing that’s always impressed me about the Shell people was that they did a whole new set of scenarios every five years, sometimes even less. Yet if you look at all their old scenarios, they are almost uncanny in showing how the world would change. Scenario planning is perhaps the most important analytical tool we have and Shell has been the most important innovator in that process.”

Amory Levins, Chairman and Chief Scientist, Rocky Mountain Institute, said: “Shell Scenarios are a unique resource for all of us who think about the energy future. Shell is the most far-sighted and strategic of the majors, largely because the Scenarios informed the thinking of Shell leadership and many others in the energy ecosystem. Without this exercise, people would have a much shorter and dimmer view of the future than they need to in a very long lead time business.”

107
LUKOIL completes reserves estimate as of the end of 2019