India's state-run Oil & Natural Gas Corp. (500312.BY), stung by criticism over its performance, is in talks with energy companies worldwide to forge partnerships to reverse a downturn in its output. 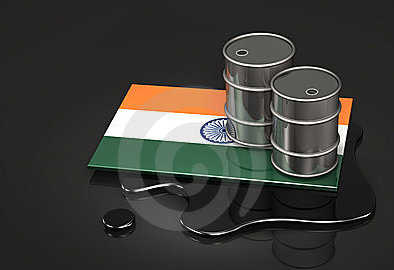 India's state-run Oil & Natural Gas Corp. (500312.BY), stung by criticism over its performance, is in talks with energy companies worldwide to forge partnerships to reverse a downturn in its output.

Alliances could be either via stake sales in exploration blocks to overseas partners, or via broader agreements in partnerships on jointly exploring overseas and local acreages, a senior ONGC executive, who didn't wish to be named, told Dow Jones recently.

ONGC's success in replenishing its reserves to offset falling output from mature fields and cope with rising demand is critical for India as the company is the country's largest producer, accounting for 62% of crude-oil and 49% of natural-gas output in the year ended March 31.

India relies on imports for 80% of its oil needs, putting a heavy and growing burden on national coffers and weakening its energy security. Its imports climbed to 3.43 million barrels a day in the year ended in March, up from 2 million barrels daily six years before that. ONGC and other companies in India produced a combined 761,800 barrels a day in the last financial year.

"Discussions are on with some explorers," the executive said without naming any company as the talks haven't concluded.

Over the past few months, ONGC has signed initial agreements with ConocoPhillips (COP), China National Petroleum Corp., Mitsui Group and Ecopetrol S.A. (EC) as a part of its strategy to seek partnerships for growth. And earlier this month, ONGC sold a 26% stake in an India east coast block to Japan's Inpex Corp. (1605.TO)

In its annual report, ONGC outlined an ambitious plan to invest as much 11 trillion rupees ($200 billion) by 2030 to double production.

The expansion plan followed criticism from the federal auditor for its production downturn and its slow exploration rate and field development--something which has also upset the oil ministry, and disappointed investors.

The company's output, near stagnant since 2002, has been falling over the past five years, increasing Indian refiners' import dependency.

ONGC said earlier this month that it will miss its production forecast for the current and next financial years due to project delays, further shaking investor confidence in the company.

ONGC shares have declined 1.8% since the start of the year compared with a 19% rise in India's benchmark index, the BSE Sensex.

The executive said ONGC aims to sell stakes in some of its deepwater and ultra-deepwater blocks in India, and enter into joint ventures with global oil and gas majors to accelerate exploration and development of its domestic acreages to achieve the target.

ONGC, founded in 1956, won the highest number of blocks in the nine rounds of auctions held in India since 1998, but is yet to start production from any of them.

"The global majors have the technology for drilling in the difficult-to-reach areas. Of course they won't offer the technology. That can come only if they take stakes in the blocks," Chairman Sudhir Vasudeva, who joined ONGC in 1976 as a management graduate, said recently.

ONGC is following its private sector peer Reliance Industries Ltd., (500325.BY) which last year sold a 30% stake in 21 oil and gas blocks to BP PLC (BP). Reliance is also struggling with declining output at its east coast block in Krishna Godavari basin.

"I believe that working with international oil companies could lead to a more efficient exploration of hydrocarbons of ONGC, mainly because of two reasons: ONGC is in the need to increase production to halt the decline and second it has such large acreage which it alone has not utilized in the best possible way as the production figures show," Siddik Bakir, an energy analyst with IHS World Markets Energy said.

However ONGC's plans for partnerships and joint ventures depends on political decision-making, and the obstacles that the international oil companies need to overcome to cut red tape and bureaucracy, Mr Bakir said, referring to the historical reluctance of foreign oil majors to invest in India.

Advertising at neftegaz.ru
Latest news
Transportation and storage
76
76
Ashgabat considers the possibility of supplying Turkmen gas to the domestic market of Kazakhstan
Off-shore drilling
62
62
Surge in gas production volume from the PGNiG Group’s Norwegian assets
Russia
135
135
Rosatom plans to occupy 10% of the global lithium market by 2030
Markets & Stocks
160
160
Zarubezhneft sold an export oil lot in the form of an online-auction for the 1st time
Equipment, services and materials
181
181
Automated logistics handling at Gazprom Neft Moscow Refinery storage facilities to be managed by autonomous mobile robots