Japan's Inpex said Tuesday that it has tied up arrangements for $20 billion in project finance loans for the Ichthys liquefied natural gas project in the Browse Basin, offshore Western Australia. 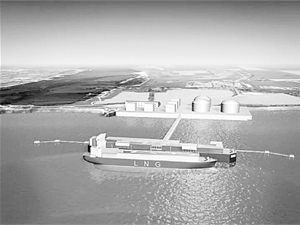 Japan's Inpex said Tuesday that it has tied up arrangements for $20 billion in project finance loans for the Ichthys liquefied natural gas project in the Browse Basin, offshore Western Australia.

The arrangements were made with eight export credit agencies (ECAs) and 24 commercial banks. Japan Bank for International Cooperation (JBIC) is contributing the largest portion in the loan arrangement; it is backing $5 billion in direct lending.

JBIC also has an interest in Australia's mammoth Pluto LNG project. It inked a memorandum of understanding (MOU) in early October with Australia's Woodside Petroleum; the MOU is aimed at supporting Japan's requirement for stable and long-term energy supplies.

Commenting on the financial arrangement, Inpex said in a statement that the Ichthys project financing is the "biggest financing ever arranged in the international financial market."

Inpex added that the partners in the Ichthys project would guarantee the lenders repayment of the loans during the construction phase of the project, while Japan Oil, Gas & Metals National Corporation would undertake part of Inpex's liability for up to $2 billion.

Located on Block WA-285-P, Ichthys is one of Australia's biggest undeveloped gas projects estimated to contain recoverable reserves of 12.8 trillion cubic feet of gas and 527 million barrels of condensate. The area lies 137 miles (220 kilometers) offshore Australia in 853 to 919 feet (260 to 280 meters) of water.

In 2000, Ichthys was discovered by three exploration wells, and then appraised by five wells three years later. On March 27, 2009, the partners reported that the field is commercially viable, and then submitted the field development plan for government approval.

126
LUKOIL completes reserves estimate as of the end of 2019