ConocoPhillips agreed to sell its properties in the Cedar Creek Anticline to Denbury Resources Inc. for $1.05 billion as the Houston company aims to focus on its unconventional Bakken position. 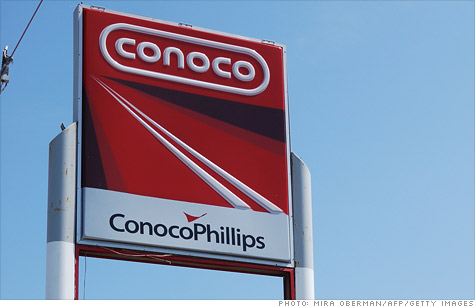 ConocoPhillips agreed to sell its properties in the Cedar Creek Anticline to Denbury Resources Inc. for $1.05 billion as the Houston company aims to focus on its unconventional Bakken position.

"This disposition represents further optimization of our portfolio," said Don Wallette, Conoco's executive vice president of commercial, business development and corporate planning. "The transaction will allow us to focus our investments in North Dakota and Montana on our significant Bakken unconventional position."

The properties consist of about 86,000 net acres in southwestern North Dakota and eastern Montana. ConocoPhillips said its 2012 net production from these properties averaged 13,000 barrels of oil equivalent per day through November. The sale doesn't include any of ConocoPhillips' assets in the Bakken Formation, where it owns 626,000 net acres.

Conoco expects the sale to add $120 million to its fourth quarter earnings. The deal is expected to close in the first quarter.

Denbury, which already has fields in the region, plans to fund the purchase out of the roughly $1.3 billion of cash it received from its Bakken sale and asset exchange with ExxonMobil Corp.

The company's Chief Executive Phil Rykhoek said the latest deal, coupled with the recently closed ExxonMobil one, allows Denbury to be "purely focused on what we do best, CO(2) enhanced oil recovery, which we believe offers one of the lowest risk, and most compelling rates of return in the oil and gas industry today."

He noted that Denbury estimates that the deals will allow it to recover a combined estimated 140 million to 185 million barrels of otherwise stranded oil. He also said the assets currently "produce almost as much oil equivalent as Denbury's divested Bakken area assets while generating substantially more free cash flow."

Including the latest deal, Conoco announced total asset sales of about $12 billion since the beginning of 2012.

Conoco is in the midst of a three-year plan aimed at improving its balance sheet and focusing on more-profitable, less-risky unconventional fields in North Dakota, Texas and other plays throughout North America.

Last month, ConocoPhillips agreed to sell its businesses in Nigeria for about $1.79 billion to Canada's Oando Energy Resources Inc. in a deal that will help Conoco refocus its activities on North American energy production.

Shares of Conoco closed Monday at $58.47, while those of Denbury closed at $16.88. Both company's stocks were inactive in recent premarket trading.