News late Monday that China's state-run CNOOC Ltd. had completed its record-breaking purchase of Canada's Nexen Inc. came hot on the heels of another Chinese investment in the U.S. the same day, signaling that the appetite for North American shale projects in energy-hungry Asia remains strong. 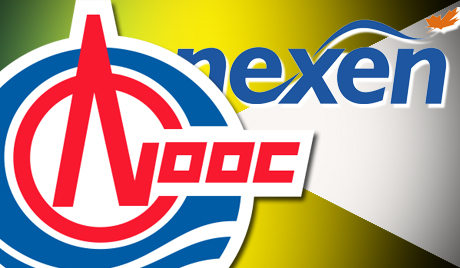 News late Monday that China's state-run CNOOC Ltd. had completed its record-breaking purchase of Canada's Nexen Inc. came hot on the heels of another Chinese investment in the U.S. the same day, signaling that the appetite for North American shale projects in energy-hungry Asia remains strong.

CNOOC and Nexen said in separate statements they had completed the $15.1 billion acquisition following approvals from Canadian, U.K. and U.S., regulators, giving the third-largest Chinese oil and gas company by output control over huge shale-gas reserves in British Colombia and crude-oil deposits beneath the North Sea.

Hours before that, state-owned oil giant China Petrochemical Corp., or Sinopec Group, agreed to buy a 50% stake in Chesapeake Energy Corp.'s Mississippi Lime venture for $1.02 billion. In 2010 and 2011, CNOOC bought into Oklahoma City-based Chesapeake Energy's oil-rich shale fields in south Texas, as well as fields in Colorado and Wyoming.

The deals are a consequence of new technology that has unlocked huge amounts of gas and oil formerly trapped in shale-rock formations in North America, the funding needed to develop these, and moves by Canada to encourage foreign investment and find new customers for its future oil and gas output.

"CNOOC is delighted to acquire a leading international platform through the acquisition of Nexen," CNOOC Chairman Wang Yilin said in the CNOOC statement. "We strongly believe that this acquisition is a good strategic fit for us and will create long-term value for our shareholders."

Nexen said Kevin Reinhart would continue as the company's chief executive, while CNOOC CEO Li Fanrong will assume the chairmanship of Nexen's board. Nexen's shares will be delisted from the Toronto Stock Exchange in the coming days.

The Nexen acquisition, China's largest single overseas investment, is vital for CNOOC's long-term growth and important for its long-term energy security, as its oil and gas output growth has been slowing since 2011 due to maturing fields.

Asian firms have completed $31 billion in outbound mergers and acquisitions in North America's oil, gas and mining sectors in the past year, according to data tracker Dealogic.

Both CNOOC and Petronas are looking to export deep-chilled liquefied natural gas from Canada's west coast to Asian markets once approvals have been given and export facilities built.

"The Harper Government is aggressively working to open new markets for Canadian natural resources in the fastest-growing region of the world," Mr. Oliver said. Canada's natural gas exports currently go only to the U.S.

As part of its bid, CNOOC promised to keep Nexen's headquarters in Calgary, Alberta, and to transform those offices into the headquarters for CNOOC's North and Central American operations. Nexen confirmed those moves late Monday.

127
Rosneft may have terminated oil supply deal with China CEFC

158
Gazprom looking to maintain and strengthen its leadership position in Europe while expanding into Asia
Advertising at neftegaz.ru