The UK oil and gas sector could create more than 34,000 new jobs within the next two years, according to research from Lloyds Banking Group. However, the bank added that a skills shortage in the sector remains its biggest challenge. 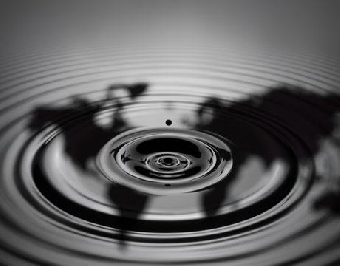 The UK oil and gas sector could create more than 34,000 new jobs within the next two years, according to research from Lloyds Banking Group. However, the bank added that a skills shortage in the sector remains its biggest challenge.

The news comes after a report published late February by Oil & Gas UK stated that investment in offshore oil and gas projects on the UK Continental Shelf is forecast to increase to a record level of at least GBP 13 billion ($19.6 billion) in 2013.

According to a survey conducted by Lloyds, 77 percent of companies are planning for growth in 2013 and 2014. The bank talked to 100 UK oil and gas firms for its report 'Oil & Gas: Rising Fortunes 2', which it published Monday.

More oil and gas equipment suppliers expect growth (80 percent) than exploration and production firms (72 percent), with the overwhelming majority (76 percent) of growth-orientated firms expecting expansion to come from organic growth rather than through mergers and acquisitions.

Lloyds said that the sector "remains fully engaged in a war for talent", with a third of firms surveyed naming a shortage of skills as the biggest challenge they will face in 2013/2014. 37 percent of equipment and service suppliers are worried about a lack of skills, compared with just 25 percent of oil and gas producers, while 50 percent of all companies see training existing workers as the preferred way to deal with the skills shortage.

Meanwhile, two-thirds of all companies surveyed said that they expect to expand overseas during the next year.

"This is good news for the UK economy and north-east Scotland, in particular, where there is a concentration of oil and gas companies. However, the spread of these firms throughout the UK means that all parts of the country should reap the benefits of these 34,000 new jobs, a major boost in these challenging economic times," Stuart White, area director for Lloyd's North of Scotland, said in a statement.

"The 100 companies we surveyed have committed to creating 5,000 jobs, which if replicated across the industry would see tens of thousands of jobs created over the next two years. This is on the back of two-thirds of companies expecting further internationalisation and significant investment."