India's state-run Oil & Natural Gas Corp. and Oil India Ltd. have made a joint bid for a 20% stake in a Mozambique oil and gas field operated by Anadarko Petroleum Corp., a person with direct knowledge of the matter said Friday. 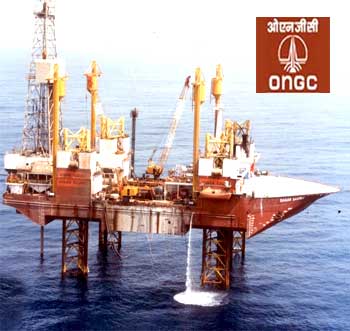 India's state-run Oil & Natural Gas Corp. and Oil India Ltd. have made a joint bid for a 20% stake in a Mozambique oil and gas field operated by Anadarko Petroleum Corp., a person with direct knowledge of the matter said Friday.

The move underscores the South Asian nation's interest in buying hydrocarbon assets overseas, even if that means it may have to work in alliance with Chinese companies in future.

ONGC's wholly owned unit, ONGC Videsh Ltd., and Oil India have bid for shares being sold by U.S.-based Anadarko and India's Videocon Industries Ltd., said the person, who didn't want to be named.

If the bid by the companies is approved and eventually results in a stake purchase, analysts say it could be India's biggest foreign deal in the oil and gas sector and may also see India and China--who have a history of frosty relations--working together.

The bid follows Thursday's agreement between oil producer Eni SpA and China National Petroleum Corp. under which the Italian oil producer would sell a 20% stake in its Mozambique offshore natural-gas field to the Chinese company for $4.21 billion.

Eni and Anadarko have an agreement to coordinate on their offshore Mozambique reservoirs. The companies last year agreed to conduct separate but coordinated activities, as well as to build common on-shore LNG liquefaction facilities on the northern part of the African country.

The person with knowledge of the matter said Anadarko is planning to bring down its stake in block-1 of the Rovuma offshore field by 10% to 26.5% to raise funds for the project. Videocon plans to sell its 10% stake, the person added.

The person declined to give any financial details and didn't say when the bids will be considered.

ONGC Videsh Managing Director D.K. Sarraf declined comment, while Videocon Chairman Venugopal Dhoot didn't reply to an email seeking comment. Anadarko spokesman John Christiansen said as a matter of policy, it will not discuss any specifics until it has an agreement.

Sanjay Kaul, President at University of Petroleum and Energy Studies in India, said the stake that the Indian companies are bidding to buy will be valuable.

"Good assets have a good price tag," he added.

ONGC Videsh's $5 billion offer in November to buy an 8.4% stake from ConocoPhillips in a Kazakhstan field is so far the biggest overseas bid by an Indian energy company. The deal has yet to get the approval of the governments in India and Kazakhstan.

Mr. Kaul expects India and China to "cross roads" in the African country as both are working toward achieving energy security for their expanding population. "But I don't see it [China's presence] as a threat to India's interest."

India and China--two energy-deficient countries--already work together on several international oil projects and are also in pact to explore assets overseas. But their bilateral relations aren't often friendly, troubled by a long-simmering border dispute; India's hosting of Tibet's spiritual leader, the Dalai Lama; and Chinese support for Pakistan.

India meets more 75% of its oil and gas requirements through imports and its companies have been scouting for energy assets overseas amid falling output from ageing local assets.

China has been more successful than India in getting oil and gas equity stakes across the globe, often providing large loans and funding for infrastructure projects in developing nations to tie up deals signed by its four state-owned energy giants.