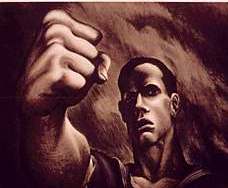 Protesters from a nearby town have been blocking the entrance to the Gialo field, which feeds crude into a pipeline to the Es Sider export terminal, since last week to press their demand that the company use locally hired drivers and vehicles.

"Production at Waha and Gialo field have not been affected and operations are continuing as normal," Mr. Shakmak told Dow Jones Newswires in a telephone interview.

"But if the current situation continues and strikes go on, we are risking the 120,000 to 125,000 barrels a day Gialo is producing as we won't be able to transport things like food and fuel to the field," he said.

Following a swift restart after the toppling of Colonel Muammar Gadhafi in 2011, oil and gas facilities have recently been frequent targets of militias and protesters seeking a better share of the country's main source of revenue.

Waha Oil, Libya's largest operation with U.S. partners ConocoPhillips, Marathon Oil Corp., and Hess Corp., was producing more than 350,000 barrels of crude a day before protests erupted against the Libyan leader, or more than 20% of Libya's pre-war production level of 1.6 million barrels per day.

The firm's operated fields, located in the Sirte basin, were among the last to restart in the north African country, in late 2011 and early 2012, but since then production has been affected by labor strikes and infrastructural damage, especially at the Es-Sider terminal, Libya's largest oil port.

The Gialo trouble is the latest in a spate of violent disruptions in the region after an attack on a natural-gas plant in neighboring Algeria left 40 workers dead and protests in Libya shut down an oil-export terminal and despite the country's pledge to reinforce security.

Libya, a member the Organization of the Petroleum Exporting Countries, produced 1.275 million barrels per day in February, according to a Dow Jones Newswires survey of industry sources and analysts.