President Barack Obama's choice for energy secretary, Ernest Moniz, looked set to sail through the confirmation process Tuesday, but he avoided taking a position the biggest decision he would face during his tenure. 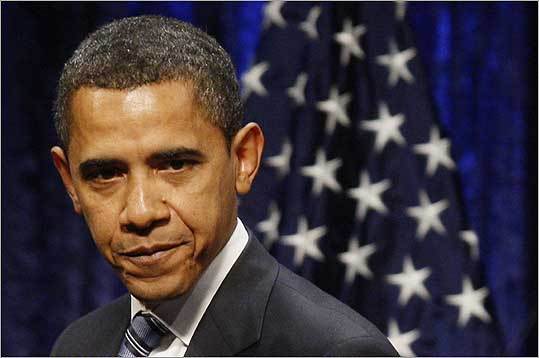 President Barack Obama's choice for energy secretary, Ernest Moniz, looked set to sail through the confirmation process Tuesday, but he avoided taking a position the biggest decision he would face during his tenure.

Mr. Moniz, a nuclear physicist at the Massachusetts Institute of Technology, would be taking over the Department of Energy as it reviews more than a dozen applications to export U.S. natural gas.

After receiving endorsements from the top Democrat and Republican on the Senate Energy Committee on Tuesday, he vowed to evaluate the "cumulative impacts" of exporting natural gas, taking the department's analysis "application by application."

He said that analysis would have to include a determination of whether the exports were in the public interest and whether additional exports would lead to more domestic production of gas. "We need to have strong analysis grounded in the best data," Mr. Moniz said.

The Obama administration has already approved one export application but has spent months reviewing others. Some manufacturers have said exporting gas would raise domestic prices.

Mr. Moniz also said "it's clearly very important to have public confidence in environmental stewardship as we produce this resource" and said that while the Department of Energy has no regulatory authority over natural-gas drilling, it could help evaluate emissions of greenhouse gases that escape during and after wells are drilled. "We could use some new data" on that issue, he said.

Mr. Moniz is a scientist with Washington experience, having served as undersecretary of energy under President Bill Clinton and on President Barack Obama's council of scientific advisers.

He displayed his comfort in the spotlight--and his scientific background--almost immediately Tuesday when he started his testimony by saying, "I would like to introduce my wife of 39.83 years."

Sen. Lisa Murkowski of Alaska, the top Republican on the committee, praised Mr. Moniz and said "you may well prove to be this rare nominee, I guess, that generates that bipartisan support. I would certainly hope so."

Mr. Moniz said he believes the government is "underinvesting in advanced energy research," adding that areas of focus should include small-scale nuclear reactors, lowering the cost of renewable energy, improving the energy efficiency of buildings and capturing the carbon-dioxide emissions from coal-fired power plants.

He said the department's research should be focused on "low-carbon options," adding "the need to mitigate climate-change risks is emphatically supported by the science and by many military and religious leaders as well as the engaged scientific community."

Mr. Moniz said he wanted to follow through on recommendations he endorsed as a member of Mr. Obama's nuclear-waste commission, including pursuing a centralized storage site for the country's growing stockpile of used nuclear fuel.

Mr. Moniz will also have to decide whether the department will continue its support of USEC Inc. (USU), the uranium-enrichment company being propped up in part by government funding, and whether to approve a loan guarantee to support a nuclear power plant under construction in Georgia. Southern Co. (SO) is the main investor in the latter project.

Mr. Moniz said he had previously consulted for USEC, but "had no connection with the company for a decade basically." He said there exists a "requirement, really, to try to maintain an American-origin enrichment technology for the purposes of national security and support of allies."