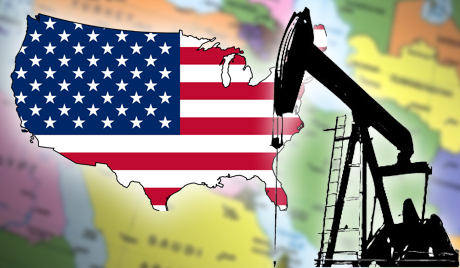 The 2012 assessment is the highest in PGC's 48-year history, AGA and PGC said in a statement released Tuesday. Most of the increase came from new evaluations of shale gas resources in the Atlantic, Rocky and Gulf Coast areas.

The estimate for year-end 2012 includes 2,226 Tcf of gas attributable to conventional, tight sands,  carbonates and shales, and 158 Tcf of coalbed reservoirs. When combined with the U.S. Department of Energy's year-end 2010 estimate of proved dry gas reserves of 304.6 Tcf, the United States has total available future supply of 2,688.5 Tcf, up 486.1 Tcf from the previous evaluation.

Domestic natural gas supplies are expected to be high enough over the next decade and beyond to support an increase in gas demand in the residential, business, transportation and commercial and industrial sectors, the groups said in a statement.

"The PGC's year-end 2012 assessment reaffirms the committee's conviction that abundant, recoverable natural gas resources exist within our borders, both onshore and offshore, and in types of reservoirs – from conventional, 'tight' and shales, to coals," said Dr. John B. Curtis, professor of geology and geological engineering at the Colorado School of Mines and Director of its Potential Gas Agency, in a statement.

The agency provides guidance and technical assistance to PGC.

However, the current assessment does not assume a specific market price for the discovery and production of future gas supply, Curtis noted.

Due to the substantial increase in the assessment of Appalachian basin shale gas, PGC now ranks the Atlantic region as the United States' richest resource area, with 33 percent of total U.S. traditional resources, followed by the Gulf Coast, including the Gulf of Mexico, and the Rocky Mountain, which together account for 76 percent of the assessed total traditional resource. Changes in the total assessment from 2010 to 2012 grew primarily from analyses of recent drilling, well test and production data from these three regions.

The largest volumetric and percentage gains were reported for Appalachian Basin shale, primarily the Marcellus but also other Devonian shale and the Utica, which rose by 335 Tcf, or 147 percent. A substantial increase of 58 percent, or 21.6 Tcf, was seen in the Eagle Ford shale play in Texas.

"Our knowledge of the geological endowment of technically recoverable gas continues to improve with each assessment," said Curtis. "Furthermore, new and advanced exploration, well drilling, completion and stimulation technologies are allowing us increasingly better delineation of and access to domestic gas resources – especially  'unconventional' gas – which, not all that long ago, were considered impractical or uneconomical to pursue. Consequently, our present assessment, strengthened by robust domestic production levels, demonstrates an exceptionally strong and optimistic gas supply picture for the nation."

Advertising at neftegaz.ru
Latest news
Transportation and storage
76
76
Ashgabat considers the possibility of supplying Turkmen gas to the domestic market of Kazakhstan
Off-shore drilling
62
62
Surge in gas production volume from the PGNiG Group’s Norwegian assets
Russia
135
135
Rosatom plans to occupy 10% of the global lithium market by 2030
Markets & Stocks
159
159
Zarubezhneft sold an export oil lot in the form of an online-auction for the 1st time
Equipment, services and materials
181
181
Automated logistics handling at Gazprom Neft Moscow Refinery storage facilities to be managed by autonomous mobile robots