Hess Corp.'s first-quarter earnings more than doubled on gains from asset sales, while the oil and gas producer's revenue improved despite lower production. 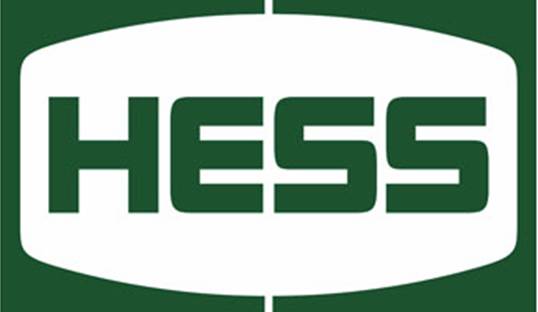 Hess Corp.'s first-quarter earnings more than doubled on gains from asset sales, while the oil and gas producer's revenue improved despite lower production.

Hess has been shedding assets to fund drilling and exploration efforts as it struggles with lackluster profits and a shareholder revolt. So far this year, the company has completed or agreed to sales that will bring in $3.4 billion. Earlier this month, Hess agreed to sell its stake in a Russian subsidiary to OAO Lukoil (LKOH.RS) for $1.8 billion.

Hess has been battling criticism from dissident investor Elliott Management Corp., which has aimed to elect five board members and directly pay them bonuses based on how Hess shares perform. The hedge fund, which controls 4.4% of Hess's shares, also wants to split Hess into two companies in a bid to boost the stock's performance.

Both Hess and Elliott have put forward slates of board nominees. Shareholders will vote at the company's annual meeting next month.

In the Bakken, which Hess has said will drive growth as it transforms itself into a pure exploration and production company, the company reported production grew by 55% from a year ago to 65,000 barrels of oil equivalent per day, even as costs per well fell 36%. Elliott Management has criticized Hess for cost overruns in the Bakken.

Hess said during a conference call following its earnings report that it expects Bakken production to average between 64,000 and 70,000 barrels of oil equivalent a day through the rest of the year.

Hess announced earlier this year that it planned to focus exclusively on upstream work, divesting its terminal, retail energy marketing and trading operations as well as closing its last remaining refinery in Port Reading, N.J.

During a conference call, Hess Chief Executive John Hess said the company now has a "focused, liquids-rich portfolio that is lower risk," and does not plan to sell more assets.

Elliott has called for Hess to separate its high growth Bakken assets from costly international assets, but Hess has said that idea won't be good for shareholders.

Mr. Hess said during the call that the asset portfolio as is will generate returns for investors.