The Inpex-operated Ichthys LNG Project cuts first steel for the hull of its Floating Production, Storage and Offloading (FPSO) facility in Okpo, Korea. 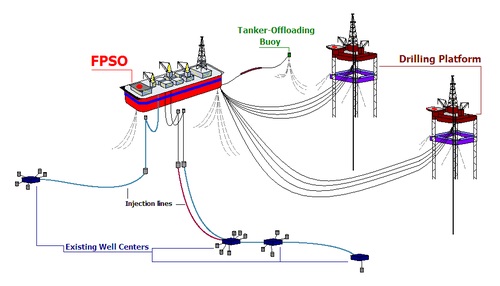 The Inpex-operated Ichthys LNG Project cuts first steel for the hull of its Floating Production, Storage and Offloading (FPSO) facility in Okpo, Korea.

With fabrication of the hull underway, work on all of the project’s major offshore facilities has commenced.

The FPSO is being built by Daewoo Shipbuilding & Marine Engineering (DSME). The vessel will be used for condensate dewatering, stabilization, storage and export.

"Starting fabrication on the FPSO hull means that work is now underway on all major offshore facilities - this includes the Central Processing Facility, subsea structures and the Gas Export Pipeline," Cahuzac said.

“It marks the culmination of years of engineering work and close collaboration with our contractors.”

“It is fantastic to celebrate this milestone, on schedule, as we work towards delivering first gas by the end of 2016."

The FPSO will be permanently moored for the life of the project to the seabed in the Browse Basin, offshore Western Australia.

Condensate will be offloaded periodically to crude oil tankers and shipped directly to market.

The Ichthys LNG Project is a joint venture between Inpex, Total and the Australian subsidiaries of Tokyo Gas, Osaka Gas, Chubu Electric Power and Toho Gas. Gas from the Ichthys field, in the Browse Basin offshore Western Australia, will undergo preliminary processing offshore to remove water and raw liquids, including condensate. The gas will then be exported to the onshore processing facilities in Darwin via a 552.4 mile (889 kilometer) pipeline.

132
LUKOIL completes reserves estimate as of the end of 2019