A report released Friday by business consultancy firm Deloitte predicts a positive second half to 2013 for drilling activity in the North Sea after steady performance during the first half of the year. 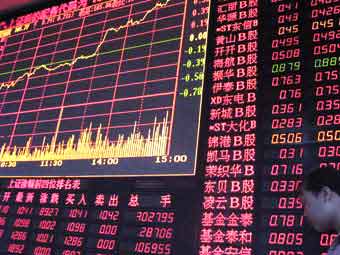 A report released Friday by business consultancy firm Deloitte predicts a positive second half to 2013 for drilling activity in the North Sea after steady performance during the first half of the year.

Compiled by Deloitte's Petroleum Services Group, the report found that although the number of new wells drilled on the UK Continental Shelf (UKCS) has fallen slightly in comparison to the same period last year, the level of exploratory activity remains healthy.

A total of 16 exploration and appraisal wells were drilled in the UK during the second quarter of 2013, which was seven more than during 1Q 2013 but two fewer than during the same period last year. Despite the slight fall on 2012's figures, 2Q 2013 has still produced two more new wells than the quarterly average since the end of 2011 – a year which saw the lowest activity since 2003.

Across northwest Europe as a whole, 35 new exploration and appraisal wells were drilled, which was 10 more than in 1Q 2013 but only matching the second quarter of 2012.

"These figures indicate the UKCS remains a strong and productive sector, which bodes well for the final two quarters of the year. I fully expect to see further positive figures in quarters three and four as the region recovers from a prolonged and harsh winter, which was followed by an unusually late spring.

"One of the notable features of the second quarter report is the significant increase in farm-in style agreements, where one company takes a stake in another company’s field - often to assist with drilling or development costs. Farm-ins accounted for around 70 percent of the total northwest Europe deal landscape during the second quarter. A total of 30 deals were completed in the region, slightly down on the 35 that were completed during the same period last year.

"The number of smaller companies operating in the North Sea, as many major firms move to less mature areas, in part explains the significant increase in the number of farm-in deals. Farm-ins allow smaller companies to benefit from pooling resources and equipment such as drilling rigs, enabling them to access existing North Sea reserves."

It pointed out that although the three fields coming on stream in the UK during the period is down on the five that came on stream in 2Q 2012, innovative technologies mean that previously 'sub-commercial' developments – those which might not have been considered economically viable – are beginning to provide real prospects, further incentivizing the exploration and development of the area.

Rigzone recently spoke to Enegi Oil, which is involved in a production buoy technology that promises to make a profit out of North Sea fields that were previously thought to be uncommercial. Enegi recently farmed into the Fyne field, where it plans to exploit its buoy technology.