Alliance Denies In Talks with Rosneft Over Oil Assets

Alliance Group, a shareholder in mid-sized Russian oil and gas company Alliance Oil, denied reports that it was in talks over a sale of assets to state-controlled oil major Rosneft. 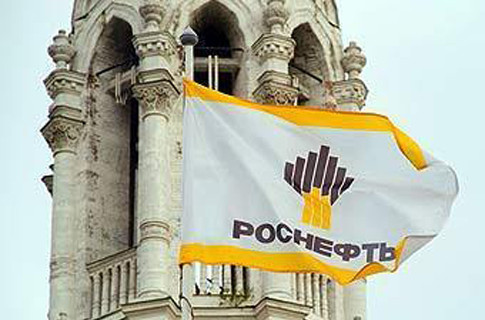 Alliance Group, a shareholder in mid-sized Russian oil and gas company Alliance Oil, denied reports that it was in talks over a sale of assets to state-controlled oil major Rosneft.

Russian newspapers Kommersant and Vedomosti said this week that Rosneft or its first vice-president Eduard Khudainatov acting alone were considering buying an interest in Alliance Oil, which is listed in Stockholm.

Vedomosti's report said Alliance Group was negotiating to sell oil assets to Rosneft, including a stake in Alliance Oil and in the Khabarovsk refinery.

But Alliance Group, which controls around 43 percent of Alliance Oil via several entities, said the oil company was a strategic investment and that it was not in talks with Rosneft or any other party about selling.

Alliance Group is controlled by the Bazhaev family - three businessmen Musa, Mavlit and Deni - and has construction and financial assets as well as a stake in Alliance Oil. According to Alliance Oil's website, Alliance Group directly owns 17.5 percent of the company's share capital.

Vedomosti reported that its oil assets were valued at $7.6 billion in total, but analysts cast doubt over that figure.

"The suggested valuation looks odd to us. Alliance Oil has a current market capitalisation of $1.1 billion, and the quoted valuation of $7.6 billion looks wrong to us," Otkritie brokerage said in a note.

One of the Reuters sources said that any possible deal price would probably be lower than that cited by Vedomosti.

Earlier this year, Rosneft became the world's largest oil company by output after taking over its smaller rival TNK-BP in a $55 billion deal. It later bought a stake in Itera gas company that it did not already own as it aims to become Russia's largest gas producer after Gazprom.

Last month, Rosneft obtained a $270 billion deal to double oil supplies to China, of which up to $70 billion are to be pre-paid, generating speculation that it would continue to buy assets.