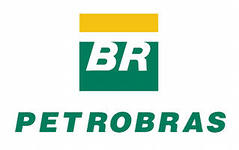 Two of the PLSVs will have a 300-ton laying tension capacity and will be fabricated in Brazil with a high national content. The other two vessels will be designed to achieve a 650-ton laying tension capacity, thus enabling the installation of large diameter flexible pipes in ultra-deepwater environments, such as the Brazilian pre-salt. Vard Holdings Limited (VARD), one of the major global designers and shipbuilders of offshore and specialized vessels, will be in charge of the design and construction of the four PLSVs.

Under the Technip/DOF joint venture agreement, Technip will manage flexible pipelay and DOF will be responsible for marine operations. Delivery of the PLSVs is scheduled for 2016-2017. Contracts will last eight years from start of operations, and could be renewed for another eight-year period.

Frédéric Delormel, Technip’s executive vice president and chief operating offficer Subsea, declared: “This strategic contract reinforces our subsea leadership in Brazil and our long-term relationship with Petrobras. We are confident that these new state-of-the-art PLSVs, including two with the most important flexible pipelay tension capacity in the world - 650 tons - will be key assets for our client to successfully achieve its projects offshore Brazil.”

Mons S. Aase, DOF’s CEO, added: “The contracts confirm that our co-operation with Technip on the Skandi Vitória and Skandi Niterói has been successful, and reinforces our position as a leading provider of offshore vessels to the Brazilian O&G (oil and gas) industry. It comes as a result of our long-term focus on the Brazilian market and is an acknowledgment of the expertise of our people.”

Roy Reite, VARD’s CEO and executive director commented: “I look forward to working with Technip and DOF on these milestone projects. VARD yards both in Europe and Brazil being chosen to build these vessels illustrates the value of having a global presence when working with international clients, and bringing leading edge technology to new markets.”