Rosneft and Statoil today signed the Shareholders and Operating Agreement for a joint venture to assess the feasibility of commercial production from the Domanik shale formation. 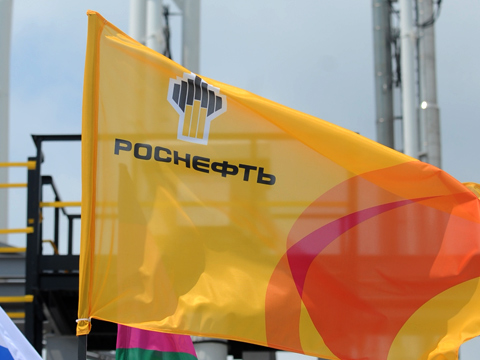 Rosneft and Statoil today signed the Shareholders and Operating Agreement for a joint venture to assess the feasibility of commercial production from the Domanik shale formation.

The document was signed Igor Sechin, President ofRosneft, and Helge Lund, Statoil CEO. This is another significant step forward following the Heads of Agreement for shale oil cooperation signed in June this year.

Igor Sechin commented on the signing: ‘Participation of a reliable partner like Statoil and the use of state-of-the-art technologies will help us accelerate the launch of hard-to-recover reserves development which in the future will be positively reflected in Rosneft financial statements and will increase its shareholder value’.

‘Today’s agreement demonstrates the two parties’ commitment to jointly move forward in an attempt to unlock the hydrocarbon potential of Domanik shale formation. If successful we believe this could be a world class shale oil asset’, says Statoil CEO Helge Lund.

The companies will set up a joint venture (JV) company to run a 3-year pilot programme and assess the potential for commercial production. The JV will be established with equity interests of 51% for Rosneft and 49% for Statoil. Both companies will contribute state-of-the-art technologies and professionals into the JV. The companies were encouraged to move on with the project following the introduction of tax breaks in September 2013, according to which a zero rate of MET will be applied to the fields of Bazhenov, Abalak, Khadum and Domanik formations for 15 years.

In accordance with the agreement, Statoil will provide carry-based funding to perform the pilot survey programme in 12 license blocks. The pilot programme will include data acquisition, and the drilling and hydraulic fracturing of pilot wells. Upon completion of the pilot programme, Rosneft and Statoil will jointly select license blocks in the Samara region for commercial development.