At global conference, Petrobras manager says the company will invest US$ 750 million in social and environmental projects between now and 2018

On Wednesday (June 18th), Rosane Aguiar Figueiredo, Petrobras’ Social Investments manager, gave a presentation on the Petrobras Social and Environmental Program, at the Social Responsibility Global Village, part of the World Petroleum Congress (WPC) that is being held in Moscow. 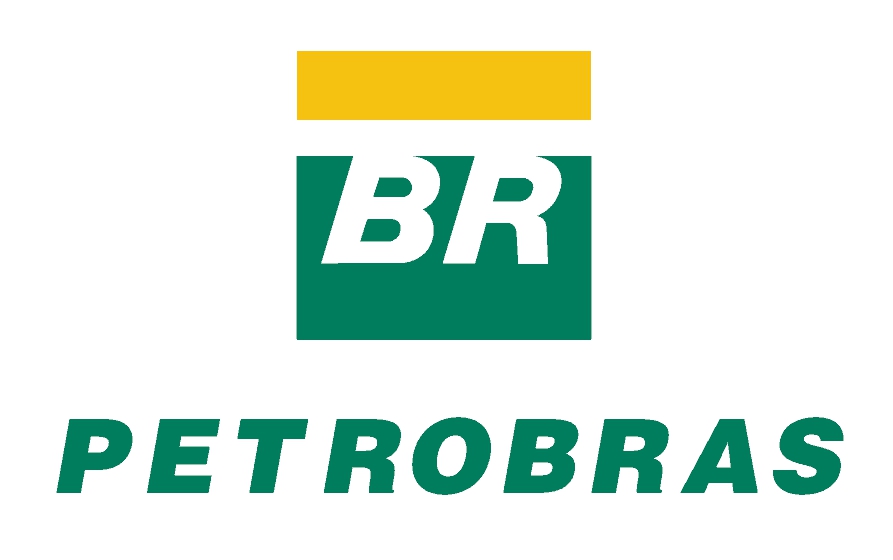 On Wednesday (June 18th), Rosane Aguiar Figueiredo, Petrobras’ Social Investments manager, gave a presentation on the Petrobras Social and Environmental Program, at the Social Responsibility Global Village, part of the World Petroleum Congress (WPC) that is being held in Moscow. In her opening address, Ms. Figueiredo emphasized how "the program helps to reinforce the company’s strategic positioning, to operate ethically, safely and profitably in the oil and gas sector, acting with social and environmental responsibility and contributing to the development of Brazil and other countries where the company has activities". She added that Petrobras will invest about US$ 750 million, through the program, between 2014 and 2018, in social and environmental projects focused on seven areas of activity: Inclusive and Sustainable Production, Biodiversity and Social Diversity, the Rights of Children and Adolescents, Forests and Climate, Education, Water and Sport.

Armando Tripodi, the company’s executive manager for Social Responsibility, noted that the WPC has addressed the topic "Earning Social License to Operate" through plenary and special sessions dedicated to this issue. He pointed out that it is becoming increasingly important, for the sustainability of the business, to incorporate aspects of social responsibility within the business strategies.

Anelise Lara, Petrobras’ executive manager for the Libra field, returned to the plenary session to address young people, in the discussion panel “Youth - Guiding the Energy Industry towards a Sustainable Future”, and pointed out that in Brazil, the energy sector is at the heart of the economy, contributing to the country’s development in different spheres. She said that, "The oil & gas sector today accounts for more than 4 million direct and indirect jobs. Considering the size of the deepwater discoveries we have made since 2006, notably in the pre-salt layer, the economic and social impact will be even greater in the years to come. If we add Petrobras’ social and environmental initiatives throughout the country, we certainly have a business that is very attractive for the current generation and future ones.”

Ms. Lara emphasized that, "With the progress in developing the pre-salt fields, the question of sustainability is constantly in focus and Petrobras is committed to reinjecting all the CO2 generated in these fields. It is a really exciting time in our country, where the younger generations are sure to find many opportunities to make a difference, taking the technology and practices to a whole new level and enabling a more sustainable future for all."

Petrobras was also represented on the WPC Youth Committee. Jaime Naveiro, project manager for the Sapinhoá field at Petrobras’ upstream division, is currently vice-chairman of the committee. Mr. Naveiro delivered presentations on Petrobras to groups of young people from all around the world, on the mornings of June 17th and 18th, and with his extensive coverage of the pre-salt layer, he was able to explain the new frontier that is being opened up close to existing operations, as well as Petrobras' strategy to develop as an integrated energy company. His presentations also looked at the geological origins of the carbonate reservoirs in the pre-salt layer, the challenges faced by the company in developing the area, and especially the technologies that are being developed and successfully applied in these fields. An example is the ground breaking collection system, called the BSR (Buoyancy Supported Risers), installed in the Sapinhoá and Northeastern Lula pilot projects, which are both already in production. This innovative system enables the use of Steel Catenary Risers (SCR) at great depths in parts of the project. Another highlight of the presentations was showing models of the FPSOs that are under construction in Brazil and will be installed in the pre-salt fields as of 2016. A major advantage of this new concept of FPSO is to enable optimal design of the units, as well as the standardization of the equipment.

Some new technologies that are being developed right now will be important to obtaining an optimal return from the pre-salt layer. The project manager pointed out that Petrobras invests around US$1 billion a year in Research & Development. He concluded, "Our suppliers are also setting up research centers in Brazil, close to universities or to Petrobras, and the exchange of technology is heating up. Many oil and gas companies have technology centers already installed, and many more are planning to follow suit, making Brazil a global hub for deepwater technological development".

The 21st edition of the World Petroleum Congress (WPC) closed on Thursday (June 19th). The conference takes place every three years and is the oil industry’s largest global event. This year there were 3,000 registered delegates, including 30 ministers of state and 400 company CEOs from over 80 different countries, according to the organizers.

Talks about the pre-salt layer, local content and sustainability were highlights of the Moscow WPC

The 21st edition of the World Petroleum Congress (WPC), the oil industry’s largest global event, closed in Moscow yesterday (June 19th). In the last panel discussion involving Petrobras executives, the company’s Exploration general manager, Jeferson Luiz Dias, participated in the roundtable "How should we optimize cycle time from exploration to production?" and gave a presentation on the company’s strategy for reducing the time between discovery and production start up. Optimization of the process allows the company to bring forward project revenues. He explained that, to make this possible, Petrobras has adopted a series of measures in its pre-salt projects while still in the exploratory phase, thus enabling the company to bring forward its production development projects.

The reduction in the average time between discovery of the field and the first extraction of oil can be seen in comparison with the projects utilized in other Brazilian deepwater areas. Mr. Dias pointed out that, "The average duration went from 72 months to 35 months for recent projects, using this strategy. It really is a very impressive reduction. We can say we have achieved our goals, reducing the time and bringing the cash flow forward, in our latest project production".

Petrobras executives discussed the key industry issues on panels and in lectures and roundtables at the 21st edition of the WPC. The conference, which is held every three years, brings together government ministers and company CEOs from over 80 different countries.

On June 17th, José Alcides Santoro Martins, Petrobras’ director of Gas & Energy, participated in the discussion panel on "The role of industry in promoting development", in which he drew attention to the company’s planned investment of US$220.6 billion for the period 2014-2018 and the prospect of doubling the current oil production by 2020, when it will reach 4.2 million barrels of oil a day. He said that, "Various development indices have improved in the country over the last decade and the oil and gas sector has played a positive role in that".

On June 16th, Paulo Sergio Rodrigues Alonso, advisor to the Petrobras CEO on local content and executive coordinator of Prominp (National Oil and Gas Sector Mobilization Program), presided over the forum "Securing the supply of equipment, materials and infrastructure with local content". Mr. Alonso painted a picture of the local content policies around the world and emphasized that they must not be protectionist, but provide incentives. He stated that, "There is no doubt that the primary purpose of an effective local content policy is to promote the participation of domestic industry, on a sustainable and competitive basis, in oil and gas projects. Government policies must be encouraging, not protectionist".

Also on the 16th, Anelise Lara, Petrobras’ executive manager for the Libra field, participated in the special session "The next wave of innovation in oil exploration and production" and used the example of the Brazilian pre-salt layer to talk about innovation. She emphasized that the technologies applied, from reservoir imaging to the development of the production units, helped to raise production tenfold over the last four years, as well as reducing the costs. She explained that, "We saw considerable cost savings in the drilling and completion of wells, for example. And that is a big gain, because the wells receive almost 50% of the total project investment. If we compare the present situation with the start of the exploratory phase, we have reduced the drilling and completion time in the pre-salt layer by 40% to 50%". On June 17th, Ms. Lara participated in the discussion panel on "Deepwater exploration and production", in which she emphasized that "the cumulative production from the pre-salt layer, between September 2008 and April 2014, attained 343 million barrels of oil and gas equivalent (boe)".

Milas Evangelista, Petrobras Biocombustível’s director for Ethanol, was also present at the WPC and emphasized the benefits of using biofuels to reduce greenhouse gas (GHG) emissions and improve the quality of the air in major cities. On the same day (June 17th), Petrobras Exploration general manager Jeferson Luiz Dias spoke about the company's investments in exploration and production, which will amount to US$ 153.9 billion over the period 2014-2018.

Other participants in the event were Sylvia Angels, Petrobras general manager for Geology Applied to Exploration, who on June 15th gave a talk about "Women in the oil industry. A view from Petrobras - Brazil" and Rosane Aguiar Figueiredo, Petrobras’ Social Investments manager, who on June 18th gave a presentation on the Petrobras Social and Environmental Program.

Petrobras was also represented on the WPC Youth Committee, where Jaime Naveiro, Sapinhoá project manager in Petrobras Exploration and Production, is currently the committee vice-president. He gave Petrobras presentations to groups of young people from around the world, on the mornings of June 17th and 18th.