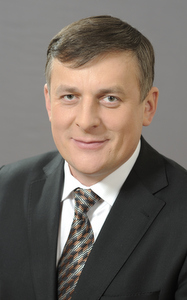 Sergey Gustov was born in the Vladimir Region in 1969. In 1992 he graduated from Plekhanov Saint Petersburg State Mining Institute, majoring in Technology and Comprehensive Mechanization of Strip Mining. He is a PhD in Engineering.

Between 1998 and 1999 Sergey Gustov was Deputy Director for Cooperation with State-Funded Entities of Mezhregiongaz affiliate in the Leningrad Region.

Between 1999 and 2004 he acted as Deputy Director General of Peterburgregiongaz.

Between 2008 and 2014 Sergey Gustov was Director General of Gazprom Gazoraspredeleniye.