State oil giant PetroChina plans to pay the more than $1 billion it needs to complete a takeover of the Dover oil sands project from Canadian firm Athabasca Oil Corp by the end of September, a person with knowledge of the deal told Reuters. 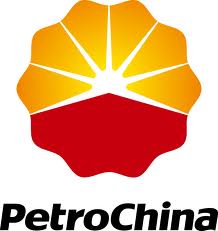 State oil giant PetroChina plans to pay the more than $1 billion it needs to complete a takeover of the Dover oil sands project from Canadian firm Athabasca Oil Corp by the end of September, a person with knowledge of the deal told Reuters.

PetroChina was supposed to complete the acquisition of Athabasca Oil's 40 percent stake in the project in June, but delayed the payment while it reassessed the deal amid a government-led corruption probe into the Chinese national oil company, the person said.

The internal review showed the geological structure of the project is more complicated than previous estimates, which would increase development costs, but the acquisition will go ahead, the person added. "The next step is to complete the transaction," said the source, who declined to be named as he was not authorised to speak to the media. "PetroChina will pay in August or September." Asked about the deal, PetroChina spokesman Mao Zefeng said: "At the moment, there is not any sign that PetroChina will not proceed with the project." He declined to comment further.

Officials at Calgary-based Athabasca Oil declined to comment on the payment. Shares in Athabasca Oil tumbled last week after it said it was still trying to collect the C$1.23 billion payment owed to it by a unit of PetroChina, Phoenix Energy Holdings Ltd, for the stake in the Dover project.

The delay triggered speculation that the deal may have been scrapped as the Chinese government investigates about a dozen former senior executives at PetroChina and its parent China National Petroleum Corp for alleged graft, including Beijing-based Song Yiwu, deputy head of CNPC's overseas operations.

Song was deeply involved in PetroChina's Canada businesses. PetroChina, the world's fourth most valuable oil company, in 2009 signed an agreement to acquire 60 percent stake in the Dover and MacKay River projects owned by Athabasca Oil for C$1.9 billion in a major push into Canada's reserve-rich but capital intensive oil sands industry. Under the agreement, Athabasca Oil holds the option to sell its remaining 40 percent stake in the two projects to PetroChina after receiving relevant Canadian regulatory approvals.

PetroChina bought the remaining 40 percent stake in MacKay River in 2012 for C$680 million. PetroChina and Athabasca are now negotiating the final sum for the remaining 40 percent stake in Dover, the person said, adding that the amount should be little changed from the C$1.23 billion previously agreed upon. The Dover oil sands project, 95 kilometers (59 miles) northwest of Fort McMurray, Alberta, is expected to eventually produce as much as 250,000 barrels of bitumen per day, according to filings by Athabasca.