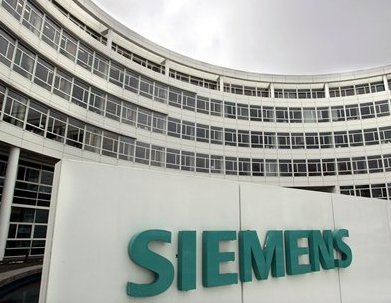 Siemens, together with its Korean consortium partner Daewoo Engineering & Construction Co. handed over into commercial operation the Shuweihat S3 combined cycle power plant (CCPP) in the emirate of Abu Dhabi, United Arab Emirates. The owner is Shuweihat Asia Power Company (SAPCO) which is a consortium comprising of Sumitomo Corporation of Japan, the Korea Electric Power Corporation and the local utility Abu Dhabi Water & Electricity Authority (ADWEA). Shuweihat S3 has an installed electrical capacity of 1,600 megawatts, and will be operated by Shuweihat Asia O&M Company (SAOM). In addition to supporting increasing power demand from Abu Dhabi’s rapidly growing population, it will also deliver power to the emirate’s expanding industry including the nearby Ruwais refinery. Situated approximately 260 kilometers west of Abu Dhabi, Shuweihat S3 is Siemens’ fifth power plant in Abu Dhabi.

For the Shuweihat S3 combined cycle power plant Siemens has been the consortium leader and supplied the main components comprising four SGT5-4000F gas turbines, two SST5-4000 steam turbines, six generators (SGen5-1000A and SGen5-2000H), the electrical and SPPA-T3000 I&C (Instrumentation and Control) system. Siemens has also signed a long-term-service agreement (LTSA) for the gas turbines and supplied on a turnkey basis a gas-insulated 400-kilovolt 8DQ1 switchgear unit, including protection and I&C equipment, for connection of the power plant to the grid. Daewoo Engineering & Construction has been responsible for the site construction and the civil works, HRSGs (Heat Recovery Steam Generators) and main transformers, ancillary and auxiliary systems (balance of plant).

Shuweihat S3 is also a benchmark project in terms of Siemens’ efforts to promote occupational health and safety. „The Siemens ZeroHarm safety program was implemented within the S3 Project which is focused on improving the safety culture from the top down, encouraging all on site to be proactive in managing safety. Siemens efforts in working with our partners and our client on the S3 Project helped reduce the risk to all of those involved during construction and commissioning”, said Lothar Balling, head of Project Management at the Power Generation Division of Siemens Energy.

The company had also completed turnkey in 2004 the Shuweihat S1 CCPP and the Shuweihat S2 CCPP in September 2011. Both are equipped with seawater desalination. With an installed electrical generating capacity of 1,500 megawatts and potable water output of some 455,000 cubic meters per day, Shuweihat S2 is one of the largest plants of its type in the world.

High-efficiency combined cycle power plants and the associated service are part of Siemens’ Environmental Portfolio. Around 43 percent of its total revenue stems from green products and solutions. That makes Siemens one of the world’s leading providers of eco-friendly technology.