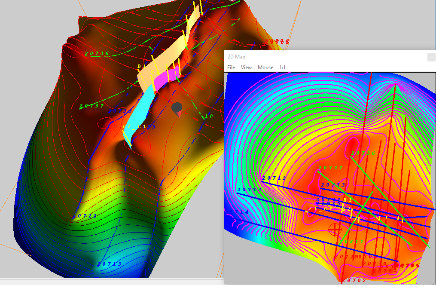 The presentation deals with improved solutions to mapping in the Geoplat Pro-S PC package (“Seismic data interpretation”). The presented technology is based on the new approach to approximation of both regular, and irregular data with the use of the author-introduced new class of “Fourier splines” finite functions which exceed by properties known analogous methods, including conventional cubic B-splines.

The solution is based on the synthesis of 3D data sets {xyz} of Fourier spline coefficients in a 2D attribute coordinate {uv} grid adjusted to own seismic line grid; the key initial approximation is based on algebraic low order (up to 3 order) polynominals, also it is possible to use Fourier’s series (trigonometrical polynominals). Fault surfaces are synthesized additionally from respective areas of seismic line data, which can be combined automatically by intersections of attribute cells (by analogy with contours), then they are used in map synthesis for updating inter-line behavior. The total algorithm is optimized by application of improved square-root method and enhanced by NVIDIA CUDA technology of concurrent computations.

The proposed solution features the following advantages over other implementations of problem solutions known to date:

- unified approach to synthesis of map and faults allowing for building any complex 3D combinations, including maps of z-horizons type (with negative slope);

- adaptation of attribute coordinates to the seismic line grid – the best approximation;

- automatic synthesis of faults in the manner of contours, in attribute coordinate grid.

In the process of discussion of the report, the participants noted a successful correspondence of the new solution to specific requirements established in mapping practise and reflected in developments of other companies:

- inefficiency of a conventional uniform grid; a need for map adaptation by resolution;

- inability to be confined by any single known functional basis (polinominals, convolutions) in approximation.

The resultant solution to the synthesis problem allowed for the most successful result of complex data processing by actual 2D projects. 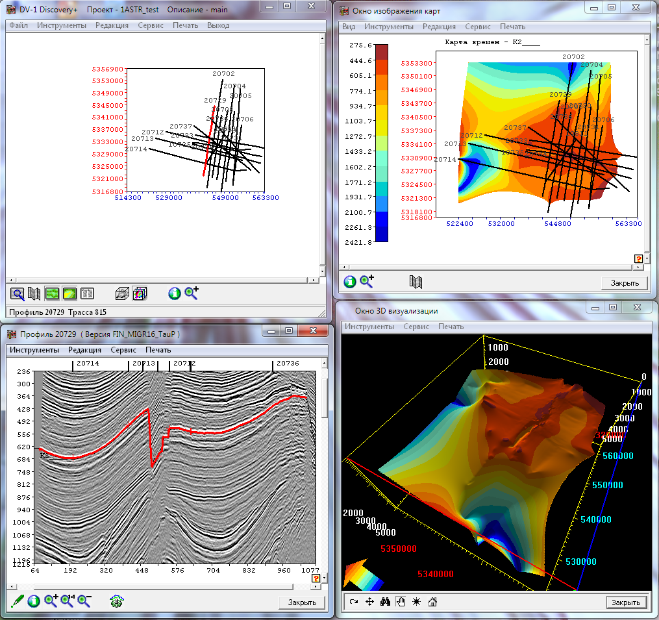 Advertising at neftegaz.ru
Latest news
Transportation and storage
75
75
Ashgabat considers the possibility of supplying Turkmen gas to the domestic market of Kazakhstan
Off-shore drilling
62
62
Surge in gas production volume from the PGNiG Group’s Norwegian assets
Russia
134
134
Rosatom plans to occupy 10% of the global lithium market by 2030
Markets & Stocks
158
158
Zarubezhneft sold an export oil lot in the form of an online-auction for the 1st time
Equipment, services and materials
180
180
Automated logistics handling at Gazprom Neft Moscow Refinery storage facilities to be managed by autonomous mobile robots