Days after opposition to a pipeline expansion project fell, Gazprom said its natural gas sales to foreign countries are up 15 %. 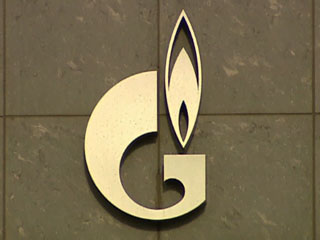 Days after opposition to a pipeline expansion project fell, Russian energy company Gazprom said its natural gas sales to foreign countries are up 15 %.

Russia is one of the main suppliers of natural gas to the European economy.

Gazprom, the dominant gas player, said exports during the 1st quarter were up nearly 20 % for the German economy, 24 % to Poland and 14 % for France.

According to a review of the data by Tass, Gazprom gas supplies to foreign countries were up 15 % year-over-year during the 1st quarter.

The figures from Gazprom follow a report last week from The Wall Street Journal that found European opposition to the 2nd leg of the twin Nord Stream pipeline system through the Baltic Sea to Germany has faded.

The report quoted a spokesperson for the European Commission as saying there are no legal grounds that would block the project because much of it is offshore.

A Polish antitrust authority last year found plans to expand Nord Stream might lead to restriction of competition because of Gazprom's dominant position in the country's gas market.

Members of the European Union as a whole have been working to break Russia's grip on the energy sector on antitrust concerns.

About a week before the Journal's report Russian President Vladimir Putin said expanding the Nord Stream pipeline was essential to offset production declines in Europe.

Gazprom started calling for tenders to lay the sections of the planned pipeline in the deep waters of the Baltic Sea in early 2016 and maintains the additional components could be in service at some point in 2019.