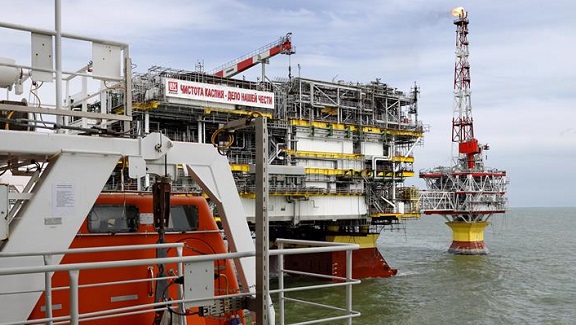 ​Lukoil reported on December 7, 2017, that the company finished most of the construction works at Vladimir Filanovsky field's Phase 2 development facilities and started drilling of the 1st production well.

The drilling is planned to be completed in early 2018. ​

The Phase 2 facilities will allow to reach the stable designed production plateau of 6 million tonnes per year at the field.

As of today, there are 6 production and 2 injection wells operating at the Phase 1 facilities.

The cumulative production from the field has surpassed 5 million tonnes of oil.

Vladimir Filanovsky field was put into operation in the Russian sector of Caspian Sea in 2016.

Its initial recoverable reserves amount to 129 million tonnes of oil and 30 billion cubic meters of gas.

The construction of the wellhead platform (mini platform), field's Phase 3 development, started in 2017.

All of the offshore facilities installed at Lukoil's Caspian Sea fields were manufactured by the Russian shipyards.