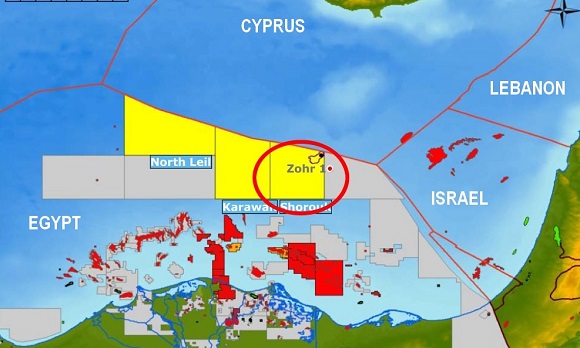 Cairo, January 31 - Neftegaz.RU. In 2018, gas output at the Zohr project, which is being developed by the consortium of Eni, Rosneft, BP, and Mubadala together with Egyptian oil and gas companies, totalled 12.2 bcm.

After the field’s start-up in December 2017, its development is going ahead of schedule. During 2018, the treatment capacity of the Zohr project was being continually increased from 11.3 million cmd (400 million cfd) to the current 56.6 million cmd of gas (2 billion cfd) which was planned previously according to the development plan and Gas Sales Agreement.

By the end 2019, the gas output is estimated to reach the design capacity of 76 million cmd (2.7 billion cfd).

Middle East projects are one of Rosneft’s strategic development areas. The company’s contribution to development of the unique production asset Zohr jointly with global majors and its strategic partners strengthens the position of Rosneft as an advanced technology company, and also allows gaining significant experience and developing competence in the development of offshore fields.