The economy in Poland is likely to remain driven by coal power with few changes in the energy mix expected before the end of the decade, a ratings agency said. 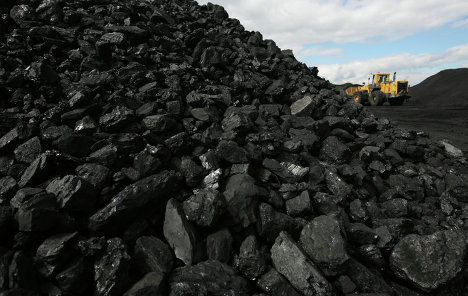 The economy in Poland is likely to remain driven by coal power with few changes in the energy mix expected before the end of the decade, a ratings agency Moody´s said on July 19, 2016.

Moody's notes that the existing framework provides little support for generators, with no major changes expected before 2021," the ratings agency said in a country profile.

In June, the European Commission offered more than $150 million in grants to support the development of energy infrastructure projects in Central and Southeastern Europe.
With few tapped reserves of its own, Poland imports most of its oil and natural gas from Russia.

Moody's Investors Service said from London that utility companies in Poland are less diverse than their European counterparts, though their credit profiles remain in good shape.
Cash flows in an era of lower energy prices, however, means diversification may be cost prohibitive.

Moody's notes the Polish power sector's high dependence on coal presents a challenge in the context of the European Union's decarbonization policies, it said. The sector also faces regulatory uncertainty as draft legislation for a capacity market has yet to be designed, while the impact of new laws on renewable energy sources and investments in wind farms remains unclear.

Poland gets most of its electricity from coal, but needs to have 15 % of its power from renewable energy by 2020 to meet European Union requirements.
Wind energy and natural gas could help with low-carbon objectives.
Poland's Geological Institute published a report four years ago concluding the country's recoverable gas reserves may be up to 67 trillion cubic feet.
The report estimated that level could satisfy domestic demand for 35 to 65 years.