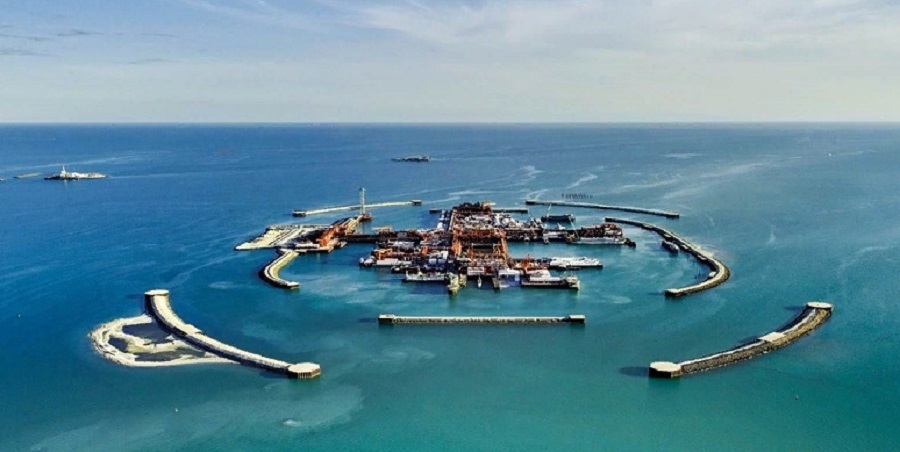 In an email, the management of the 7-member consortium also underlined the challenge of dealing with fluctuating Caspian sea levels, which have fallen by a meter in the last decade in the shallow Kazakh sector of the northern Caspian.

Discovered in 2000, Kashagan was one of the largest oil finds of the last half century, with an estimated 9 billion-13 billion barrels of recoverable oil, but was plagued by difficulties during its initial development, which cost $55 billion.

Oil production volumes have reached 370,000 b/d following the 1st major shutdown since production began in 2016, according to NCOC, which is headed by former Shell executive Richard Howe.

The 35-day shutdown, completed in May, included projects to improve safety and efficiency, among them a processing plant re-boiler upgrade, and a revamp of the offshore gas injection system. The latter "allowed us to substantially increase gas injection and oil production," NCOC said.

"Preliminary engineering" is now underway that could lift Kashagan production above 450,000 b/d under the current development phase, although this would require investor and government approval, it said.

In parallel, NCOC said it had started planning a 2nd phase to further boost production, something it has appeared to shy away from until 1st-phase production was stabilized. "Work is now underway to plan the 2nd stage of development. NCOC plans to announce later the concept of this development of the Kashagan field [which] will significantly enhance production versus the current level," it said.

Additionally, the consortium, together with another venture that holds the license to the nearby Khazar field, aims to submit a development plan for both the Khazar and Kalamkas Sea fields in the current quarter, NCOC said.

Khazar is operated by a joint venture between Shell, KazMunaiGaz and Oman Oil Company. A joint development with NCOC would "maximize synergies and contribute to the economic viability" of both fields, NCOC said.

The "cooperative development" could entail drilling more than 50 wells and production could reach 100,000 b/d, with a Final Investment Decision expected "no later than 2022," it said.

However, there remain to be addressed "multiple commercial, legal and administrative issues" for what is a "1st-of-a-kind" joint project for Kazakhstan. "Continued support" from the authorities will be "enablers to proceeding with this kind of development work," it said.