In response to Robert Thorson's Nov. 19 column on alternate energy sources [Opinion, «Geothermal Can Be Earth-Shaking News"]: As a regular person, not the media or a celebrity, I know that photovoltaics produce electricity, not heat… 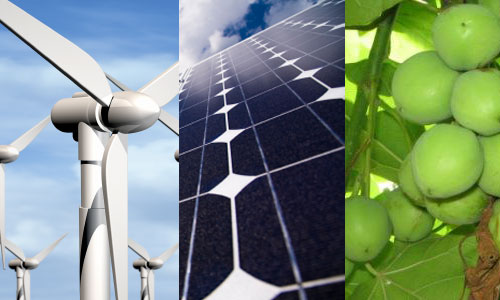 As a regular person, not the media or a celebrity, I know that photovoltaics produce electricity, not heat, from light. In Connecticut, use of photovoltaics is booming: Homes or businesses are receiving some or all of their electricity from the sun with no carbon emissions. I know that passive solar brings heat into a home just by having windows on the south side — again, with no carbon emissions.

I know that newer windmills do not kill birds, do not make noise and are certainly a lot better-looking than a coal plant (and some are small).

I know that solar thermal systems (for heat) in Connecticut give free or low-cost hot water for seven months of the year.

For residential or commercial heating and cooling, I know that closed-loop (not injection) geothermal is tried and true in this state and, if photovoltaics power the pump — no carbon emissions.

I know fuel cells have been and are being installed in Connecticut and are really clean when photovoltaics are used to generate the hydrogen.

When Mr. Thorson says „ everything is connected to everything else," I ask: How would you and your children like to be connected?

George Will [Opinion, Nov 23, «Fossil Fuel Scarcity? Sorry, Environmentalists"] points out that with new discoveries and technology constantly coming on line, the feared depletion of fossil fuel reserves is unfounded for generations to come. The only problem is environmentalism: «the political doctrine that rejoices in the scarcity of everything except government.“

Will ignores the overwhelming majority of climate scientists. They assure us that a global catastrophe of untold proportions is coming if we continue the unfettered use of fossil fuels.

Scientists, you recall, are the folks who dispassionately discover and study hard facts. No agenda or political doctrine here, just the laws of nature.

Alternative energy
280
280
Poland and Azerbaijan can cooperate in wind, biofuels or solar energy
Advertising at neftegaz.ru