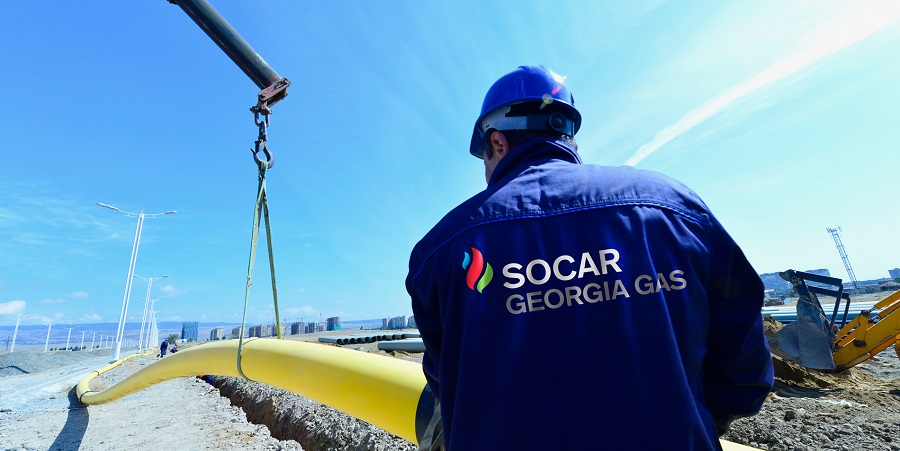 Baku, October 26 - Neftegaz.RU. Azerbaijan accounts for 59.8 % of Georgia oil bitumen imports during the period of January-September 2020, local media has reported.

The main suppliers of oil bitumen to Georgia are also Iraq with 22,200  tons, Iran with 7,600 tons, Russia with 3,200 tons), and Turkey with 2,100 tons.Earlier it was reported that Georgia accounted to 1.6 billion m3 of gas exports from Azerbaijan.

Additionally, the trade turnover between 2 countries during the reporting period amounted to $416 million. Of this, Azerbaijan's export to Georgia amounted to $365.6 million, while import to Azerbaijan amounted to $50.3 million.

Likewise, SOCAR is planning to build a sport complex in Georgia’s village Qizilhajili and a kindergarten in the village of Gabali. In addition, SOCAR Gergia Gas began construction of 13,145 meter gas distribution network in the Georgia’s village of Ilmazli, that will cover several neighboring settlements.

SOCAR launched its activity in Georgia in 2006. Main directions of SOCAR Georgia Gas activity comprise exports to the Georgian market and sale of natural gas, as well as construction and rehabilitation of gas pipelines. Additionally, SOCAR Georgia Petroleum was established in 2006, and at present, there are over 70 filling stations at the subordinate of the company.

Advertising at neftegaz.ru
Latest news
Oil and gas worldwide
116
116
Rystad: E&P investments to reach $380 billion in 2021 but 20 % at risk of deferral
Oil and gas worldwide
146
146
Uzbekneftegaz and Gazprombank discuss the main conditions for attracting credit funds from a Russian bank
Incidental
127
127
Turkey extending the seismic survey work in a disputed part of the eastern Mediterranean
Transportation and storage
133
133
European Commission approves an additional state guarantee for Klaipėda LNG terminal in Lithuania
Markets & Stocks
154
154
Gazprom Export credit rating has been affirmed by ACRA at AAA(RU) level