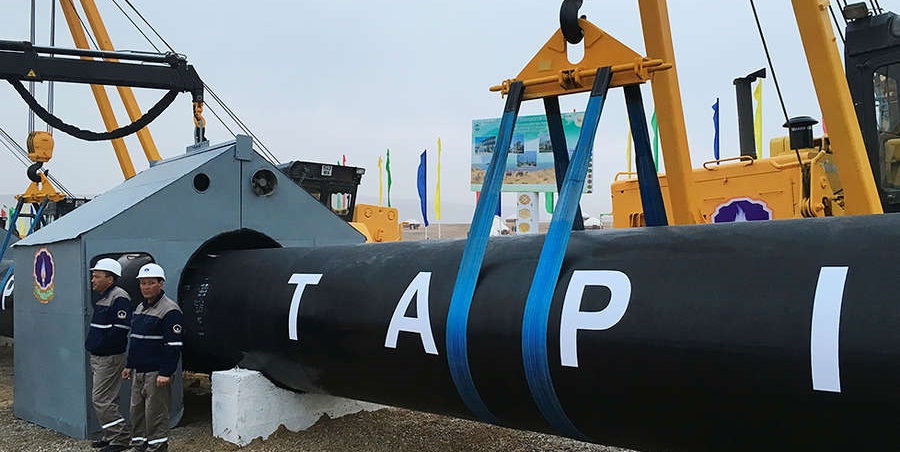 Special Assistant to PM on Petroleum Nadeem Babar led a team that held discussions with a Turkmenistan delegation, headed by TAPI Pipeline Company Limited CEO Muhammetmyrat Amanov, on the project. Both sides reviewed progress on the project and expressed satisfaction with the developments made so far by TAPI Pipeline Company despite the challenges posed by the coronavirus outbreak.

The Turkmen delegation said they intended to start construction activities in Afghanistan by building the TAPI gas pipeline from the Turkmenistan-Afghanistan border to the Herat offtake point. The commencement of construction work in Afghanistan will immensely boost the confidence of international investors, who are interested in investing in the project.

Pakistan is interested in rebuilding international-standard gas infrastructure in Afghanistan and is extending full support at every level to commence such development activities.

Both sides also discussed Pakistan's concerns pertaining to commercial and legal aspects. The Turkmenistan side stressed that Pakistan's concerns would be adequately addressed in relevant agreements and negotiations would start as soon as the Covid-19 threat subsided globally.

Pakistani officials expressed their readiness to finalise all the matters in order to press ahead with construction work in parallel with the work in Afghanistan.

The two sides also agreed to finalise the Host Government Agreement by the end of this year. The Turkmen delegation revealed that their negotiations with international lending agencies and export credit agencies were going on well.

Pakistani officials informed the Turkmen team that they would like to hold the TAPI project groundbreaking in Pakistan at the earliest after the finalisation of all issues under discussion.

Turkmenistan appreciated the support given by Pakistani authorities for achieving the targets and fast progress on implementation of the project to meet growing energy needs of Pakistan.