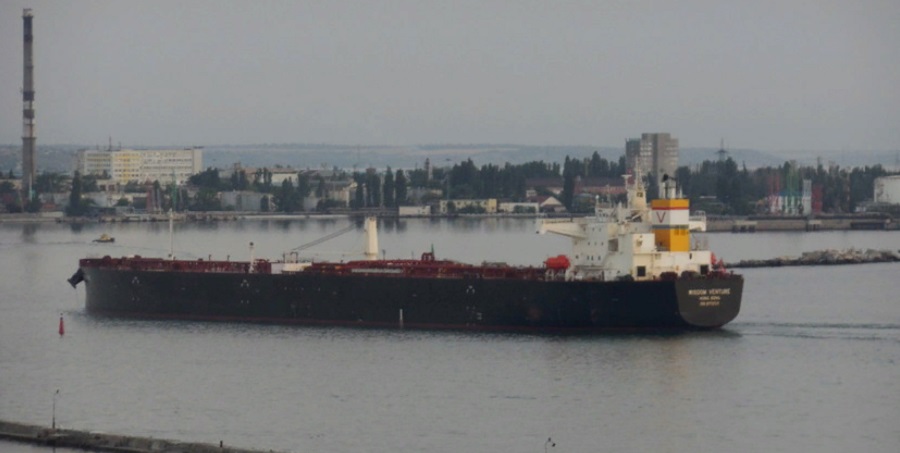 Cargo hauling to coastal tanks could take about 36 hours, it said. "Specialized media observers pay attention to the fact that Wisdom Venture's visit to Odessa marks the 1st in Ukraine's history oil supply directly from the U.S.

The raw materials are planned to be transmitted to the Kremenchuk oil refinery through the Odessa-Kremenchuk oil pipeline. There shall be several more purchases following the 1st one. The next tanker with oil produced in the Bakken is expected to arrive in Odessa in August," the press service added.

In April 2019, Russia restricted exports of Russian oil and oil products to Ukraine. Russian PM Dmitry Medvedev said that starting from June 1, 2019, goods of the fuel and energy complex, including coal, oil, and petroleum products, could only be exported to Ukraine based on special permits.

Such actions by the Russian government are caused by the fact that Ukraine had previously expanded the list of Russian goods banned for imports to Ukraine, Medvedev added.

Transportation and storage
301
301
Ukraine to get about $2 billion for gas transit from Russia
Advertising at neftegaz.ru