Previously CO2 pipelines have been designed with uncertainty in the computer simulation of CO2 dispersion due to the lack of experimental data. Now, experimental data results are made available by the DNV led CO2PIPETRANS joint industry project (JIP) providing the industry with a significant improved design basis. 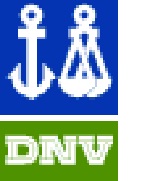 Previously CO2 pipelines have been designed with uncertainty in the computer simulation of CO2 dispersion due to the lack of experimental data. Now, experimental data results are made available by the DNV led CO2PIPETRANS joint industry project (JIP) providing the industry with a significant improved design basis.

Experimental data released to enhance CO2 pipeline design
Jock Brown, at DNV and CO2PIPETRANS JIP project manager explains that there has been little experimental data of dense phase CO2 releases available that allows release model developers to demonstrate the accuracy of their models.

“Hence there has been uncertainty in the computer simulation of CO2 dispersion. Now, when the experimental data is released by the JIP the knowledge gap will be significantly reduced. The results of dense phase CO2 dispersion experiments can be used by the CCS industry and designers to validate computer simulations used in CO2 pipeline design, accelerating technology roll out,” Jock Brown says.

The datasets being released were collected during a research project undertaken in 2006 by BP as part of their Peterhead/Miller CO2 capture and EOR project. During this project a significant number of experiments were undertaken to investigate the behaviour of releasing dense phase CO2 up to 150 bar and 150°C through orifices up to 25mm diameter. The results of these experiments are now part of the CO2PIPETRANS JIP knowledge base.

The JIP is today launching the release of the datasets along with other material that supports the use of the data. It can be downloaded freely from DNV’s website, www.dnv.com/ccs.

About the CO2PIPETRANS JIP
“The CO2PIPETRANS JIP is a cooperation of operators, suppliers and regulators aiming to close technical knowledge gaps to hasten the roll out of Carbon Capture and Transport technology,” says Kaare Helle, CO2PIPETRANS Project Sponsor.

Helle adds that “Phase 2 began in March 2011 with the main objective to fill the knowledge gaps identified during the execution of phase 1 which was concluded in 2010. Making model validation datasets publicly available is only one aspect of the CO2PIPETRANS project. The JIP is also undertaking work to improve the understanding of CO2 pipeline propagating cracks and corrosion rates with various CO2 stream impurities.”

The project concludes in mid-2013 and the recommended practice ‘DNV-RP-J202 Design and Operation of CO2 Pipelines’ will be updated to reflect the new knowledge to help ensure the highest standards of safety are delivered in transporting CO2.

Transportation and storage
320
320
Ukraine to get about $2 billion for gas transit from Russia
Advertising at neftegaz.ru