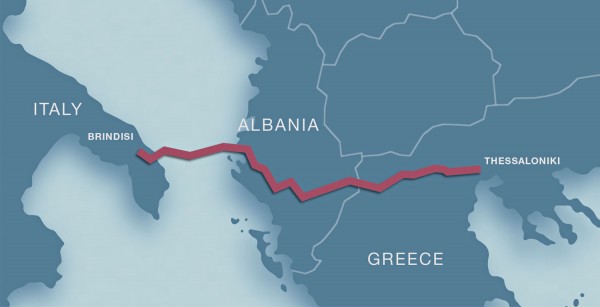 Following the approval from the relevant regulatory authorities in Italy, Greece and Albania, the European Commission has formally approved the Trans Adriatic Pipeline’s (TAP) application for Third Party Access (TPA) exemption for the initial capacity of 10bcm.

The decision means that TAP can offer capacity for export of gas volumes from Azerbaijan to Europe for a period of 25 years. In addition, the Commission has approved exemptions from regulated tariffs on both TAP’s initial and expansion capacity, as well as exemption from ownership unbundling for 25 years.

European Union internal market regulation typically requires third party access to all energy infrastructure, including gas pipelines. However, national regulators can grant exemptions to this rule for a limited period of time, in order to facilitate major infrastructure projects such as international pipelines. Provided that all conditions have been met, the European Union then corroborates the decision, offering an exemption from certain provisions in the regulatory framework.

Commenting Kjetil Tungland, TAP’s Managing Director, said: “We are grateful to the European Commission for the swift handling of this exemption. Its signature means that we now have all of the agreements we require ahead of the Shah Deniz Consortium’s decision next month.

"We are absolutely confident that the Trans Adriatic Pipeline is the best solution to transport Caspian gas to Europe, improving the entire region’s energy security. It is the shortest and most technically advanced pipeline, which does not require subsidies or grants and crucially is the most commercially feasible project.”

Lutz Landwehr, TAP’s Commercial Director, added: “The Trans Adriatic Pipeline was the first project to conclude its Funding, Equity and Shareholder agreements with the Shah Deniz Consortium, and the first pipeline to complete its Front End Engineering Design (FEED). Coupled with today’s announcement it demonstrates that we are in pole position to win the right to transport Caspian gas to Europe.”

Having submitted TPA applications to the Greek, Albanian and Italian national authorities in September 2011, TAP received its national exemptions in March 2013 under the Directive 2009/73/EC.

About the Trans Adriatic Pipeline (TAP)

TAP will transport natural gas from Azerbaijan to the most attractive markets in Europe.

The pipeline will connect with the Trans Anatolian Pipeline (TANAP) near the Turkish-Greek border at Kipoi, cross Greece and Albania and the Adriatic Sea, before coming ashore in Southern Italy.

TAP’s routing can facilitate gas supply to several South Eastern European countries, including Bulgaria, Albania, Bosnia and Herzegovina, Montenegro, Croatia and others. TAP’s landfall in Italy, the third largest gas market in Europe, provides multiple opportunities for further transport of Caspian natural gas to some of the largest European markets such as Germany, France, the UK, Switzerland and Austria.

Designed to expand the capacity from 10 to 20 bcm per year, TAP will open up the so-called Southern Gas Corridor, enhancing Europe's energy security by providing a new source of gas.