EU allocated €187.5 mln for the Balticconnector gas pipeline between Finland and Estonia

The European Commission said  it allocated €187.5 million to support the construction of the first-ever natural gas pipeline linking Finland to Estonia, dubbed the Baltic-connector. 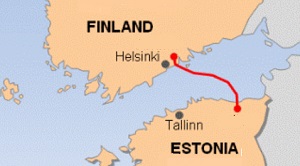 The European Commission said on August 10, 2016, it allocated €187.5 million to support the construction of the first-ever natural gas pipeline linking Finland to Estonia, dubbed the Baltic-connector.

The pipeline across the Gulf of Finland would link the Finnish gas grid to the Baltic States, and further to Poland, helping to create a regional gas market and ending the Nordic country’s dependence on gas imports from Russia.

«What the Commission has started with the Poland-Lithuania pipeline (GIPL) we are now pursuing with the support to Balticconnector – promoting a chain of projects that will end the gas isolation of north-Eastern Europe and develop the Baltic regional energy market,» European Climate and Energy Commissioner Miguel Arias Cañete said.

The EU financial support to the project corresponds to 75% of needed funding, the maximum possible share.

The 144 kilometre pipeline, including an 80 kilometres offshore section, is expected to be operational by the end of 2019, when the Polish-Lithuanian link is also expected to come online.

The pipeline will be constructed by Finnish Baltic Connector Oy, a project company set up by the Finnish government, and Estonian Elering AS, operator of the country’s gas and power grid.

The Finnish government decided to go ahead with the pipeline last year, despite its majority state-owned gas utility Gasum pulling out due falling domestic demand.

Gazprom is currently the sole supplier of pipeline natural gas to Finland.

Transportation and storage
193
193
Belarus to buy 1.21 million tonnes of Russian oil in August
Advertising at neftegaz.ru