Gazprom will finance the construction of the offshore part of the Turkish Stream project, said Gazprom CEO Alexei Miller. 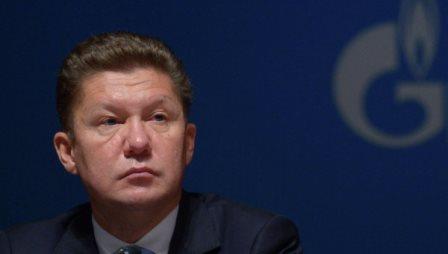 The onshore infrastructure that will supply the Turkish market, will be financed and constructed by Turkey's state owned pipeline company Botas.

Two companies could form a joint venture on a parity basis, the report added.

Miller also said that Turkish Stream would not compete for European markets with Nord Stream 2, a pipeline project which will supply northern Europe.

The energy ministers of Turkey and Russia signed an intergovernmental deal October 10, 2016, for Turkish Stream pipeline, which is now envisaged as a two-strand line, which will ship a total 31.5bn m³/yr gas to Turkey and beyond.

Gazprom hopes to reduce its transit of gas through Ukraine to practically zero by the end of this decade. It has argued that it needs direct routes to its customers to make supplies secure and so more valuable. Nord Stream 2, as Nord Stream 1 before it, is also part of that strategy.

Transportation and storage
111
111
Belarus to buy 1.21million tonnes of Russian oil in August