Gazprom has approved a loan worth $326 mln to South Stream Transport to finance the construction of the Turkish Stream gas pipeline. 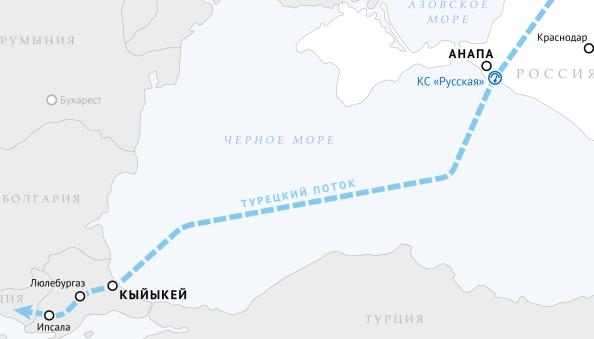 Gazprom has approved a loan worth $326 mln to South Stream Transport to finance the construction of the Turkish Stream gas pipeline, the company reported on December 30, 2016.

According to the report, South Stream Transport B.V. will use the funds granted by Gazprom to finance the costs on the Turkish Stream project, including payments under the contracts for the supply of tubular products and equipment, storage and performance of construction work, contracts for the purchase of goods, work and services, as well as general administrative expenses.

The loan will be granted for 3,5 years.

The Turkish Stream project was announced in late 2014 by President Vladimir Putin on his state visit to Turkey.

On October 10, 2016, Russia and Turkey signed an intergovernmental agreement envisioning the construction of 2 underwater legs of the gas pipeline in the Black Sea.

The annual capacity of each leg is estimated to reach 15.75 billion cubic meters of natural gas.

Pipe-laying work for the Turkish Stream is expected to begin in 2017 and end in late 2019.

Transportation and storage
300
300
Ukraine to get about $2 billion for gas transit from Russia
Advertising at neftegaz.ru