The Trans-Adriatic Pipeline is a key element of Azerbaijan’s efforts to export its greatest source of wealth, its Caspian Sea natural gas deposits, to European markets. It is also a cornerstone of the European Union’s strategy to weaken Russia’s hold on European gas markets. 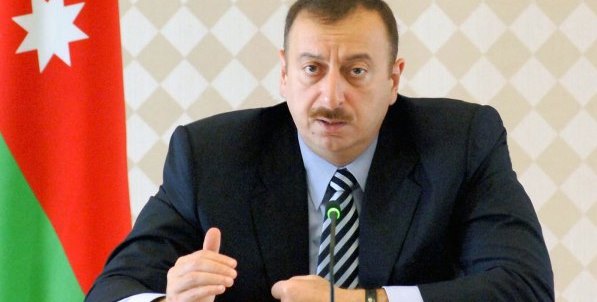 The Trans-Adriatic Pipeline is a key element of Azerbaijan’s efforts to export its greatest source of wealth, its Caspian Sea natural gas deposits, to European markets. It is also a cornerstone of the European Union’s strategy to weaken Russia’s hold on European gas markets.

The pipeline’s route, however, passes through ancient olive groves and over pristine beaches in the Italian region of Puglia, which relies on that bucolic landscape for its major industry, tourism.

That has set up a standoff between global energy interests and local environmental activists. And with a December referendum in Italy that reinforced local governments’ autonomy, the anti-pipeline activists have – if only temporarily – gained the upper hand.

The pipeline is currently under construction by a consortium of companies, with Azerbaijan’s state energy company SOCAR holding a 20 % share.

The European Bank of Reconstruction and Development is considering a EUR 2 bln loan to partially fund the pipeline - the largest such loan ever in Europe - which has demanded as one of its conditions an environmental and social impact assessment.

The Italian government approved the project in 2014, provided the consortium met more than 50 conditions aimed at minimizing the damage caused by the pipeline.

A year later, the Italian Ministry of Economic Development certified that the consortium had fulfilled all those requirements.

But several local officials, including the governor of the Puglia region and the mayor of Melendugno, where the pipeline is supposed to reach land, have bucked the central government and continue to insist that their concerns have not been met.

The most contentious issue is that of a grove of 1,900 olive trees that the consortium planned to move while the pipeline is being constructed and then move back when it is done.

But transplanting the trees – some of which are more than 1,000 years old – is a delicate operation, and local officials argue that the pipeline consortium doesn’t have an adequate plan to make sure it is done safely.

Local officials also have expressed concerns about the last leg of the pipeline, which is supposed to come out of the Adriatic Sea on to a remote beach at San Basilio.

Italy is not the only site of environmental protests against TAP.

The pipeline has also faced opposition in the other countries it passes through, Greece and Albania. But it is Italy where the protests have a real chance of disrupting the project.

Among the individuals and organizations objecting to the pipeline’s current plans is the populist 5-Star Movement.

«If they come to build a pipeline in any part of Puglia, even if they bring their army, we will line up our army,» the movement’s leader, Beppe Grillo, said in 2014.

Italy’s central government, which has consistently backed the pipeline, had pinned its hopes on a December 4 national referendum to take some decision-making power on these sorts of large energy projects out the hands of local officials.

But the referendum failed, so the standoff has continued.

«The project is not moving ahead, the resistance is well-grounded in expert analysis, technical issues have not been solved, and political consensus is lacking,» said Elena Gerebizza, an energy campaigner at Re:Common, an Italian environmental group that is backing the opposition, in an interview with EurasiaNet.org.

Marco Poti, the mayor of Melendugno, said he expected that the central government would have been chastened by the referendum result, but instead complained that Rome had been captured by TAP.

«The referendum in my municipality got a sound ‘no,’ and we thought it sent a clear signal in Rome,» Poti said. «Instead … nothing happened – the ministers are the same, the project and its details have not been modified by a comma, with essentially an international corporation taking over a central government.»

Azerbaijan has responded with incredulity to the Italian opposition, arguing that the consortium has bent over backwards to accommodate the environmental demands.

«It is all about politics. One would hardly believe that a few hundred olive trees could outweigh the huge benefits the country could get,» one Azerbaijani official working on the pipeline told eurasianet.org on condition of anonymity.

The local Italian opposition «creates a risk for the realization of the project,» said SOCAR vice president Vitaly Baylarbayov.

Azerbaijan also has long insinuated, without proof, that Russia may be behind the protests.

«In the end, the campaign against TAP gas pipeline will suit Russia,» said another SOCAR vice president, Elshad Nashirov.

Rasmussen acknowledged, though, that he had no proof. «That’s my interpretation.»

Meanwhile, an Italian member of parliament is under investigation for accepting more than $2 million in bribes in order to oppose a human rights report on Azerbaijan that could have threatened the pipeline’s approval.

Azerbaijan also has asked for American help in overcoming the Italian intransigence.

William Silkworth, director of the Office of Europe, the Western Hemisphere, and Africa at the US State Department’s Bureau of Energy Resources, visited Baku just after the Italian vote.

Little of the international wrangling has made its way to Meledugno, Poti said. «We have had contacts with TAP, very little with other projects, or foreign structures,» he said. And as the project progressed, relations with the TAP consortium worsened, he said: «At the beginning, we even welcomed them, but when we saw their misleading techniques, we ended any type of relationship... The project is wrong, useless, non-strategic, and not compatible with this territory.»

Even if the objections stand, the result will not mean the cancellation of the pipeline, but its rerouting.

Local activists have pushed the TAP consortium to move the landfall of the pipeline about 50 kilometers to the north, at the town of Brindisi, though consortium officials have opposed such a move.

«It is highly unlikely that TAP would be blocked as a result of this opposition; in the worst scenario, it can be delayed,» said Madalina Vicari, an analyst of European energy politics, in an interview with eurasianet.org.