Hungary to be linked with Turkish Stream via Serbia

Budapest and Gazprom signed an agreement on extending the Turkish Stream gas pipeline. 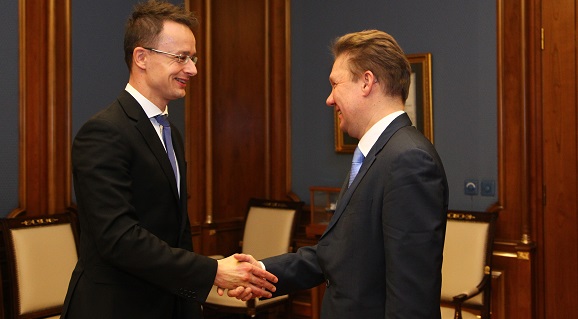 Budapest and Gazprom have signed on July 5, 2017, an agreement on extending the Turkish Stream gas pipeline to go via Bulgaria and Serbia to reach Hungary.

According to Hungarian Foreign Minister Peter Szijjarto, quoted by RT, Budapest sees Turkish Stream gas supplies as the best option because other routes, across Romania and Croatia, are at an early stage.

Speaking for MTI after the signing of the agreement, Szijjarto said that laying of the new pipeline will to be completed by the end of 2019.

«Access to the new pipeline is an issue of national security, energy security and economic development, providing for diversification of Hungary’s power supply. Hungary should reach the southern gas corridor, which will offer huge economic opportunities,» he said.

The Hungarian minister explained that his country will be receiving 8 billion cubic meters of gas annually, and that it will be arriving through Serbia.

In its report, Sputnik recalled that was announced in June that Russia resumed negotiations with Hungary and Serbia about building the abandoned South Stream gas pipeline - although Moscow said on several previous occasions that it would not revisit the project.

It was also revealed that Bulgaria is counting on Russian gas to fill a gas hub that will be financed by the European Commission.