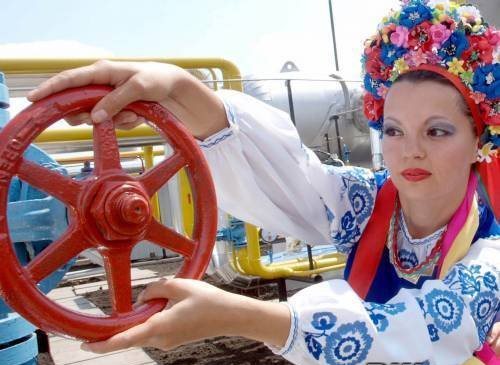 Total supplies via the Velke Kapusany interconnection point on the Ukraine-Slovakia border totaled 5.1 Bcm last month, an average of 165 million cu m/d, as maintenance constrained flows through the Yamal-Europe pipeline via Belarus and European demand for Russian gas in general remained strong.

Italy bought large volumes of Russian gas in August at the expense of Algerian gas - likely the result of buyers' optimization strategies - while German demand for Russian gas has been buoyed by the need to replenish storage facilities.

Italy, in particular, is dependent on Russian gas imports via Ukraine.

The near 4-year high in August of Russian gas transiting Ukraine to Europe continues a trend that started in 2015 for increased transit, reversing the decline in volumes being sent via Ukraine that peaked in 2008.

That is despite Russian insistence that it wants - at least in theory - to be able to halt gas transit via Ukraine by the end of 2019, citing the unreliability of the system and the country as a transit partner.

Total Russian gas supplies in August via the 3 main routes to western Europe - Nord Stream, Yamal-Europe and the Brotherhood pipelines - rose by 7% from July to a total of 11.4 Bcm, or an average of 368 million cu m/d.

That was despite maintenance at Kondratki on the Polish-Belarus border, which caused volumes sent via the Yamal-Europe line to fall to 2.2 Bcm from 2.7 Bcm in July.

In fact, total Russian flows via the 3 routes in August were the highest since January when a cold snap took hold across much of the continent.

Flows via Nord Stream to Germany in August were also the highest since January at 4.1 Bcm after Gazprom at the end of July won the right to increased flows through the OPAL pipeline, which runs from the landing point of the Nord Stream pipeline at Greifswald with the Czech border.

That followed a court ruling that lifted a suspension on Gazprom's right to book the extra OPAL capacity.

Gazprom flows via OPAL ran at their capacity of around 75 million cu m/d for a few days in August, according to Platts Analytics data, and although they have now slipped back to around 70 million cu m/d, that is still some 25 million cu m/d higher than before the court ruling.

The increase via Nord Stream in August also came as the route is set to be shut down for 11 days as it undergoes its annual maintenance from September 11 until September 21.

During the annual maintenance period, Nord Stream flows are halted completely on both lines, which is likely to mean another boost in flows via Ukraine and on the Yamal-Europe route.

The combined flows even beat the previous record from the high-demand month of January this year when volumes totaled 9.173 Bcm.

The effect of lower flows via Yamal-Europe due to maintenance and the increased access to OPAL in August propelled the combined flows to the all-time high.

In January-August, total Russian gas flows via all three routes totaled 85.3 Bcm, up 13% year on year.

On August 31, 2017, Gazprom CEO Alexei Miller said the company's exports to Europe and Turkey continued to operate in winter mode due to high demand for Russian gas.

Russian gas supplies remain well above 2016's as buyers look to refill European storage facilities that were drawn down to historic lows in the winter.

Russian gas has also been competitive with European hub pricing over the past few years given the low oil price environment allied to Gazprom's pricing structure leaning toward more hub indexation, with customer nominations increasing as a result.

Supplies have stayed high this year despite hub prices being at a discount to the oil-indexed contract price range since April.

TTF month-ahead prices are set to continue at a discount to oil-indexed prices until November, according to the current forward curve, after which they enter the 85%-100% oil-index price range where they stay through the 1st quarter of 2019.

The oil-indexed range dips from this month through to March 2018, but then stays relatively flat between Eur15/MWh and Eur18/MWh through March 2019.