LNG facility in Lithuania to open by year's end

A state-owned port operator in Lithuania said it started work on a reloading station. 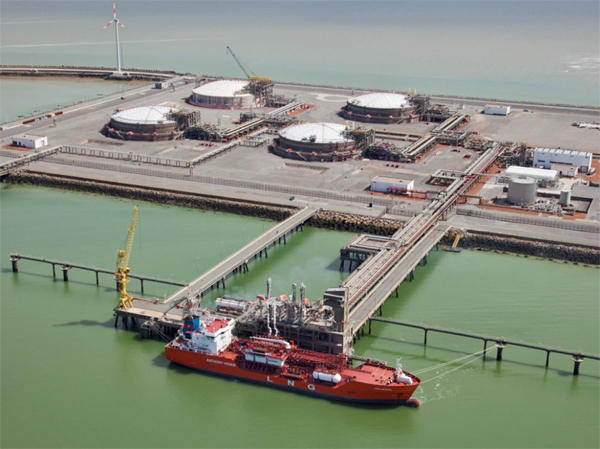 A state-owned port operator in Lithuania said on September 19, 2017, that it started work on a reloading station for support for maritime needs for LNG.

Klaipėdos nafta said it started work on an LNG reloading station after commissioning cargo delivered by a bunkering vessel owned by a subsidiary of Shell.

Bunkering is the ship-to-ship transfer of fuel. With international regulations calling for fewer emissions in the transportation sector, LNG serves a unique niche for maritime transport.

Mindaugas Jusius, the managing director for the Lithuanian company, said the commissioning lets it test the entire LNG logistics chain at the Klaipėda seaport on the Baltic Sea, the northernmost port of its kind in Europe.

«Such testing of the process for the 1st time is highly important for both our service users and us,» he said in a statement. «The success of the test will be a signal to the market that distribution of LNG in Klaipėda has been launched.»

Several U.S. allies in the region rely heavily on Russia for natural gas, but are wary because companies like Gazprom control both the reserves themselves and the transit arteries that carry them.

The United States could be the 3rd-largest exporter of LNG in the world by the end of the decade.

Lithuania's government said the LNG station will be open to suppliers before the end of the year.

«By exploiting LNG infrastructure more widely and expanding its activities, the company is further creating added value for its clients, gas consumers and the main shareholder - the state,» said Lithuanian Minister of Energy Žygimantas Vaičiūnas.