The European economy will see a €5billion windfall and 31,000 new jobs with a new gas pipeline bringing Russian gas into the continent. 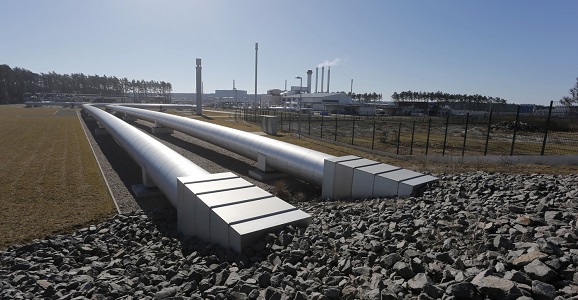 The European economy will see a €5billion windfall and 31,000 new jobs with a new gas pipeline bringing Russian gas into the continent, a new report claims on October 5, 2017.

Nord Stream 2 is a major natural gas infrastructure project that aims to build a pipeline system with 55 bcm per year of transport capacity.

It will safely and reliably export gas to the European market, where demand is stable but indigenous production is decreasing, creating an import gap.

According to consultancy Arthur D Little (ADL) the project, which involves two pipelines from Russia to Germany, will bring a total economic benefit to the EU of €5.15 billion.

And the investment, up to the end of July 2017, creates 31 000 full-time job equivalents in the EU over 5 years, adding €2.25 billion in GDP in various industrial sectors.

The objective of the ADL study, commissioned by Nord Stream 2, is to understand the direct, indirect and induced effects of the project on the European economy, and on countries where actual investments in the pipeline have been or are being made.

The study considers all committed investments as of the end of July 2017, standing at €4.4billion out of the project’s total capital expenditure of €8 billion.

The most pronounced effects are seen in countries where major project-related construction activities taking place – Russia, Germany, Finland and Sweden; in countries traditionally associated with the offshore oil and gas industry that host the majority of service providers – the Netherlands, the United Kingdom, Norway and Italy; and at the headquarters of the project developer and other international service providers.