A source at the gas company in Tajikistan told media that they are finalizing negotiations to resume the import of gas from Uzbekistan. 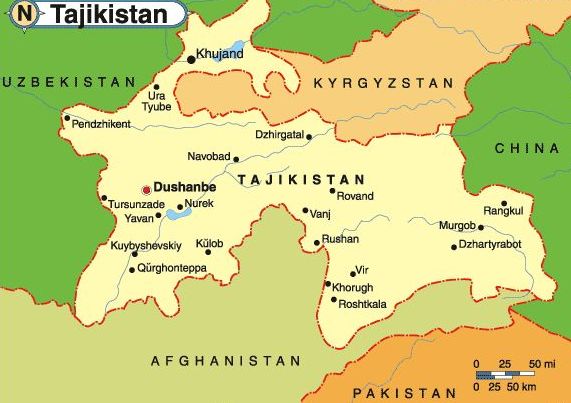 A source at a state-run natural gas company in Tajikistan has told media on November 7, 2017, that they are finalizing negotiations to resume the import of gas from Uzbekistan after a 5-year hiatus.

Asia-Plus news on November 7 cited the official at Tajiktransgaz as saying a preliminary agreement for gas deliveries was reached during recent talks in the Uzbek capital, Tashkent.

No price has been set yet and there is no available information about the volumes to be imported, but the Tajiktransgaz source claimed the cost would be considerably lower than that dictated by global market rates.

Uzbekistan stopped selling gas to Tajikistan in 2012, citing a lack of spare capacity.

But that cutoff was preceded by several years of escalating deployment of gas as a diplomatic weapon by Uzbekistan in a long-running dispute with its neighbor.

Starting from 2007, Uzbekistan began to demand Tajikistan pay more for its gas amid complaints of unpaid bills.

With costs going up, the volume of gas imported by Tajikistan fell and the country gradually transitioned to alternative forms of generating power and heating.

Uzbekistan’s historic enmity toward Tajikistan has stemmed in large part from the latter’s intent to develop a major hydropower plant that Tashkent worries could have a detrimental impact on its agricultural sector.

The likelihood of Uzbek gas once again flowing into Tajikistan is the result of the efforts of Uzbek President Shavkat Mirziyoyev, who has made mending ties with neighbor the centerpiece of his rule since coming to power last year.

Efforts toward Tajikistan so far have focused on easing travel between the 2 countries and boosting bilateral trade.