Europe may be short of gas in winter: will they stop reverse to Ukraine?

Heating season started in Europe. By its start, almost the same amount of gas was pumped into underground storage facilities as last year. However, experts say, the current supply will be lower. In peak demand, Europe may have to reduce reverse gas supplies to Ukraine, they say.

Heating season started in Europe. By its start, almost the same amount of gas was pumped into underground storage facilities as last year. However, experts say, the current supply will be lower. In peak demand, Europe may have to reduce reverse gas supplies to Ukraine, they say.

Peter Stewart, chief energy analyst of Interfax Energy, reminds that gas production limits have been cut at the giant Groningen gas field in the Netherlands, and the Rough field in the UK was closed, reports Interfax.

This leaves unprecedentedly small space for maneuvering with gas reserves this winter, he says.

Meanwhile, those countries that do not receive the Russian pipeline gas, Spain and Portugal, came to be under the cosh. During peak frosts, gas prices rose thrice in those countries. 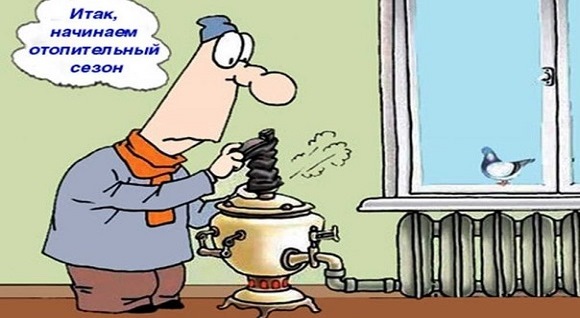 «In the winter is cold, this heating season will be marked with gas-supply problems in the whole northwestern Europe. Delivery of the gas from Norway was close to the maximum within the whole year, the Nord Stream is loaded at full. Thus, gas deficit is possible in the hubs, which can result in price hikes. Even now, the spot prices are higher by 20-25% than the oil-based prices,» says Alexey Grivach, deputy director of the National Energy Security Fund (FNEB).

According to him, Gazprom will hardly be able increasing the daily supply more than before.

«But, generally, within the whole winter, this can happen, as the Nord Stream was working at full capacity only in January,» he notes.

He supposes that to increase the daily supply, Europe can use as a reserve reverse gas supply to Ukraine, by decreasing or stopping it at all.

More than 70% of reverse gas comes to Ukraine from Slovakia. And this is the Russian gas that is re-sold to Kiev by European traders and after the transit via Ukraine they reroute it back to its gas-transporting system.

«Theoretically, there is threat of reduction of gas volumes supplied to Ukraine by reverse routes. However, everything will depend on what the winter will be and who the traders will react. I suppose that if such a situation took place last year, the risks would have been much higher,» says Dmitry Marunich, co-chair of the Energy Strategy Fund.

Probable Ukraine’s problems may be exacerbated by the situation in Central and Eastern Europe.

As ICIS reports, this winter, those parts of Europe may face interruptions in energy and gas supply during peak periods of consumption.

«The Balkan countries are usually a main source of electricity imports for Hungary, but with hydropower reserves currently extremely low in these countries, Balkan supply may not be sufficient to reign in potential 1st quarter price spikes,» they say in ICIS.

On the other hand, the Czech Republic will put its Temelin NPP unit into repair for the whole 1st quarter of 2018, while Austrian storage sites opened the gas winter 78% full, which was 22 percentage points less compared to 2016.

«This was a result of high Austrian prompt prices during the summer as large Italian demand prompted shippers to sell spot volume instead of injecting into storage units,» the ICIS states.

Russia’s response to the growing dependence of Europe on gas imports will be the key factor to determine gas supply and prices in the region starting from October, believes Peter Stewart.

He forecasts the Russian gas exports will continue rising, while Great Britain may face the most difficult situation in this season.

«Without gas storage sites, the UK will have to store additional LNG reserves in case of force majeure or sudden cold weather. For early November, its LNG tanks were 83% full. A year before, they were 50-55% full, within the whole winter the figure was no bigger than 73%,» says Alexey Grivach. «Of course, this means that it will be more of the more expensive LNG in the energy mix, however, the market here is driven by the peak demand in Asia.»