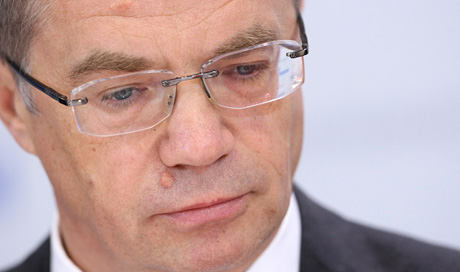 Speaking at a press conference in St. Petersburg, on the TurkStream project, Medvedev said Bulgaria has initiatives for a 2nd line to extend to Europe as part of the TurkStream natural gas pipeline project. «I think this shows Bulgaria's regret, which prevented the South Stream project, leading to its cancellation. We do not consult the Bulgarian route for the line to reach Europe in TurkStream for now,» he said.

A.Medvedev also said gas delivery to Turkey will start by the end of 2019. «The exact date depends both on the construction of the sea part of the project and on the readiness of the Turkish gas distribution system. However, it would 100 % start in 2019, no doubts about it.»

Turkey and Russia recently signed a protocol to jointly end the 2nd line of the TurkStream gas pipeline project by the end of 2019.

Pointing to the signing of a protocol between BOTAŞ Petroleum Pipeline Corporation and Gazprom for construction of the land section of the line to extend to Europe in TurkStream, Medvedev said for the 2nd line of the project, some natural gas transport systems in Europe need to increase capacity, adding that European companies have begun preparing for possible natural gas from TurkStream.

Gazprom previously said in a statement that with BOTAŞ it would create a joint venture, TurkStream Gas Transport, to construct the second line of the TurkStream project.

Advertising at neftegaz.ru
Latest news
Oil and gas worldwide
127
127
Rystad: E&P investments to reach $380 billion in 2021 but 20 % at risk of deferral
Oil and gas worldwide
163
163
Uzbekneftegaz and Gazprombank discuss the main conditions for attracting credit funds from a Russian bank
Incidental
135
135
Turkey extending the seismic survey work in a disputed part of the eastern Mediterranean
Transportation and storage
142
142
European Commission approves an additional state guarantee for Klaipėda LNG terminal in Lithuania
Markets & Stocks
161
161
Gazprom Export credit rating has been affirmed by ACRA at AAA(RU) level