The commissioning of Yanbu South Terminal (YST) marked the addition of 3 million barrels per day to the West Coast export capacity when the first VLCC was loaded on October 12, 2018.

Riyadh, October 18 - Neftegaz.RU. The commissioning of Yanbu South Terminal (YST) marked the addition of 3 million barrels per day to the West Coast export capacity when the first VLCC was loaded on October 12, 2018.

Yanbu South Terminal, which is located south of Yanbu City on the West Coast of Saudi Arabia, consists of a tank farm and offshore facilities to receive, store and load Arab Light (AL) and Arab Super Light (ASL) crude oil.

The facility’s integration with the existing crude oil supply network adds 3 million barrels per day to Saudi Aramco’s export capacity through the West Coast, thereby reinforcing the reputation of Saudi Aramco as a reliable energy supplier to customers throughout the globe. 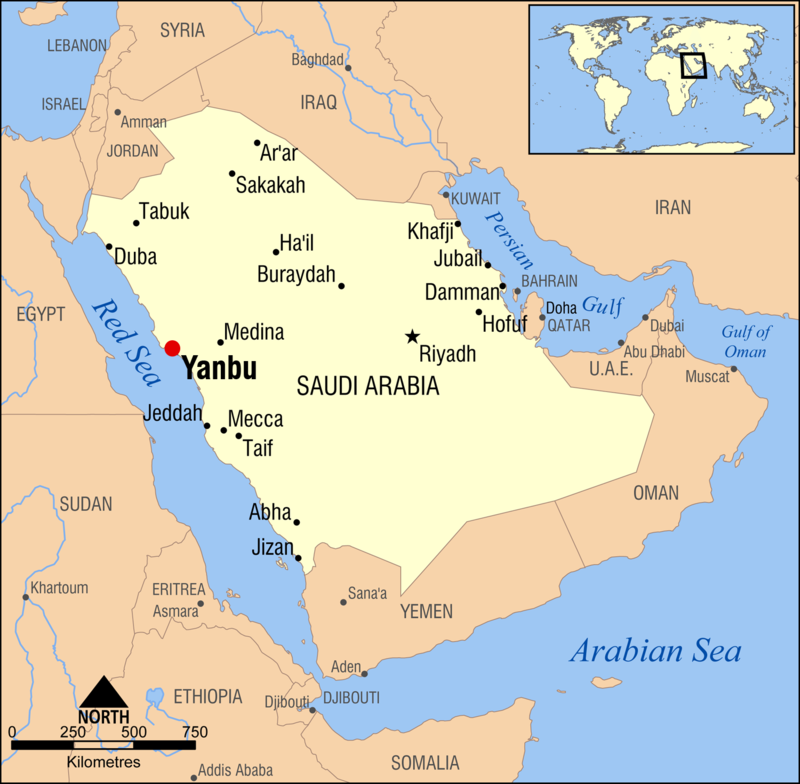 The Terminal’s program was designed and executed in accordance with the latest Saudi Aramco Engineering standards and specifications where operational, safety and environmental systems are state of the art.

“The successful commissioning and operation of Yanbu South Terminal is a testimony of the Company’s agility in responding to the business environment, and a demonstration of the fine caliber of individuals and teams who will lead the company into the future to support the country’s vision,” said Abdulaziz M. Al-Judaimi, Senior VP, Saudi Aramco Downstream.