Gazprom examined the operational readiness of the UGSS facilities for peak loads in late 2018 – early 2019. 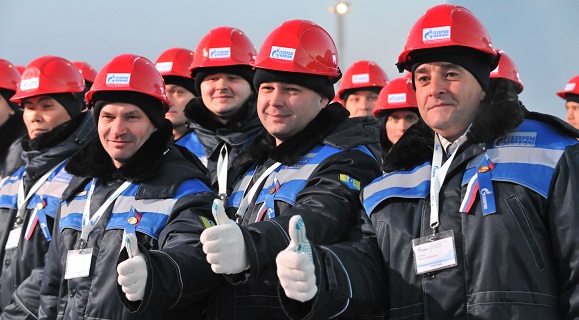 Moscow, November 26 - Neftegaz.RU. The Gazprom Management Committee examined the operational readiness of the Unified Gas Supply System (UGSS) facilities for peak loads in late 2018 – early 2019 and reviewed the long-term measures needed to be taken to ensure uninterrupted gas supplies to consumers in winter.

It was noted at the meeting that, amid increasing gas supplies to Russian and foreign consumers, the company had successfully completed its large-scale efforts to prepare the UGSS facilities for operation in the heating season, with all 11 sets of planned preventive maintenance and repair operations performed in full.

In addition, it is planned to bring onstream the 3rd gas production facility of the Bovanenkovskoye field, to complete the construction of BCSs at the Urengoyskoye and Zapolyarnoye fields, and to hook up 95 new producing gas wells before the end of the year.

Extensive work was carried out within the gas transmission system. In the period under consideration, Gazprom repaired 678.5 km of gas trunklines, 355 GCUs at compressor stations, and 197 gas distribution stations. Some 22,100 km of gas pipelines underwent in-line inspections, while 845 and 38 submerged crossings were inspected and repaired, respectively.

This year, it is also planned to bring into operation the linear part of the Ukhta – Torzhok 2 gas pipeline and 4 compressor stations along the operating Bovanenkovo – Ukhta 2 gas pipeline.

This figure marked an absolute record for the national gas industry. Compared to last year, deliverability grew by 7.2 million m3. This amount is commensurate with the daily gas consumption in winter by individual constituent entities of Russia, like the Kurgan Region. In 8 years, starting from the 2010–2011 autumn/winter season, the potential maximum daily deliverability of UGS facilities added 31 %.

By the start of the withdrawal season, the working gas inventories in Russian UGS facilities amounted to 72.27 billion m3, or 73.5 billion m3 taking into account the UGS facilities in Armenia and Belarus.

It was noted at the meeting of the Management Committee that successful operations during the period of peak loads would depend on, inter alia, the sufficiency of backup fuels (fuel oil, coal, etc.) at heat generation facilities and large industrial enterprises, as well as on disciplined gas consumption in Russian regions.

Gazprom’s relevant units and subsidiaries were tasked to complete the preparation of the UGSS facilities for autumn/winter operation in a timely manner and to ensure the reliable and smooth functioning of capacities.