Gazprom Export is ready to buy 90% of Turkish Stream capacity through Bulgaria.

Sofia, December 21 - Neftegaz.RU. Gazprom Export is ready to buy 90% of Turkish Stream capacity through Bulgaria, it became clear after 19th of December meeting of Bulgaria’s Energy and Water Regulatory Commission (EWRC), at which Bulgartransgaz asked for approval of the project.

A representative of Gazprom Export arrived in Bulgaria to participate in the public discussion of the parameters of the transit of gas from Turkey through Bulgaria. Bulgaria’s Energy Minister Temenuzhka Petkova has said the gas pipeline will be built only if the state-run operator secures the necessary funds by pre-sale of volumes from the transit gas pipeline. She explained that the project was coordinated with Brussels.

Bulgartransgaz has asked the energy regulator to increase the capacity for the transfer of blue fuel through Bulgaria because of the future flow of Turkish Stream that will pass through our country, and the company has explained that there is already a growing interest in the pipeline from gas traders. 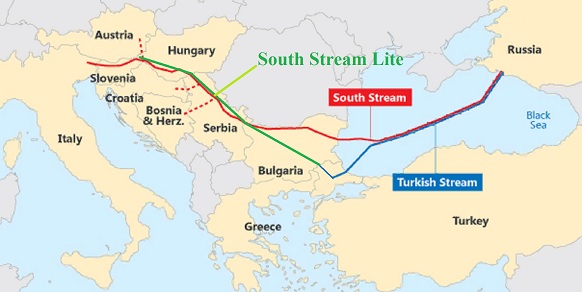 Even before the start of the construction of the Bulgarian stretch of Turkish Stream, Gazprom Export is ready to buy 90% of the capacity of the pipeline. This means that Bulgartransgaz will be guaranteed supplies from Russia, but the possibility for other sources will be limited.

Representative of Gazprom arrived in Bulgaria specifically for the meeting of Bulgaria’s energy regulator, EWRC, to demand lower fees and a relaxed regime in resolving future trade disputes.

176
Novatek and Nauticor to develop LNG bunkering in the Baltic

215
Russian companies to supply oil to Belarus without premiums