Georgia is not planning to renounce its role as a transit country for Russian gas supplies to Armenia. 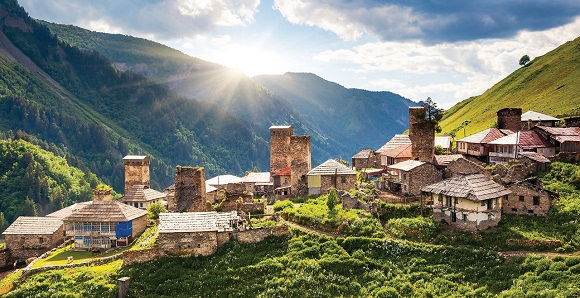 Tbilisi, January 21 - Neftegaz.RU. Georgia is not planning to renounce its role as a transit country for Russian gas supplies to Armenia, Armenpress reported.

Georgian PM Mamuka Bakhtadze told reporters on January 18 in Tbilisi, answering the question if Georgia plans to revise the agreement with Gazprom on gas supplies to Armenia. The agreement expired on December 31, 2018.

«Georgia significantly benefits from its role of a transit country and we will continue to preserve it. It is in line with the interests of our country. As refers to the agreement, the negotiations with Gazprom will start when a date is scheduled», he said, noting that so far there is no negotiation plan.

«And if something new appears in the contract, the public will be informed by the Ministry of Economy of Georgia», Bakhtadze noted.

Until January 2017 Georgia received 10% of the transited. In the beginning of 2017 Gazprom and Georgia signed another agreement, according to which the Russian side paid for the transit mainly in cash, while starting from 2018 only in cash.

Transportation and storage
202
202
Belarus to buy 1.21 million tonnes of Russian oil in August
Advertising at neftegaz.ru